Ruto Realizes Things Are Changing, Insider Leaks What he Has Directed Jumwa to do to Karua 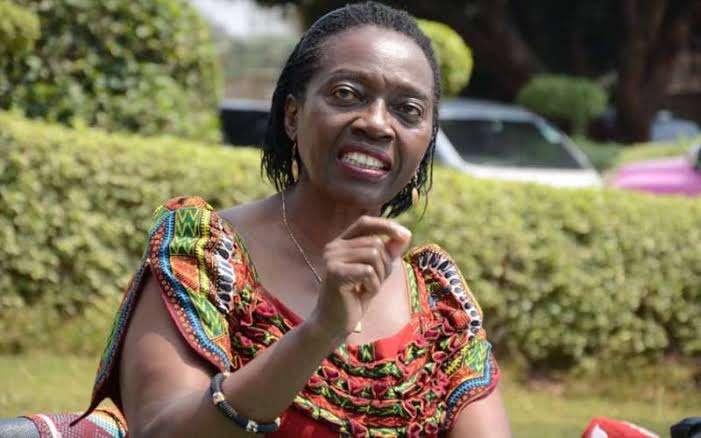 An insider of Deputy President William Ruto has revealed what they are now doing to ensure that Azimio La Umoja running mate Martha Karua doesn't spoil things for the DP in the Mt Kenya region.

It is coming out that despite dismissing Karua's appointment as ODM leader Raila Odinga's running mate in rallies, Ruto and his men are secretly worried and are aware that she is actually a serious threat.

It is for this reason that his strategists have reportedly came up with a plan to fight back, after realizing that the Mt Kenya region and women now largely preffer the Raila-Karua side over Ruto's.

An insider, a strategist of the DP, has revealed that they have decided to make women feel represented in Ruto's camp, with the counter attack plan being to give his own female allies more exposure in rallies. 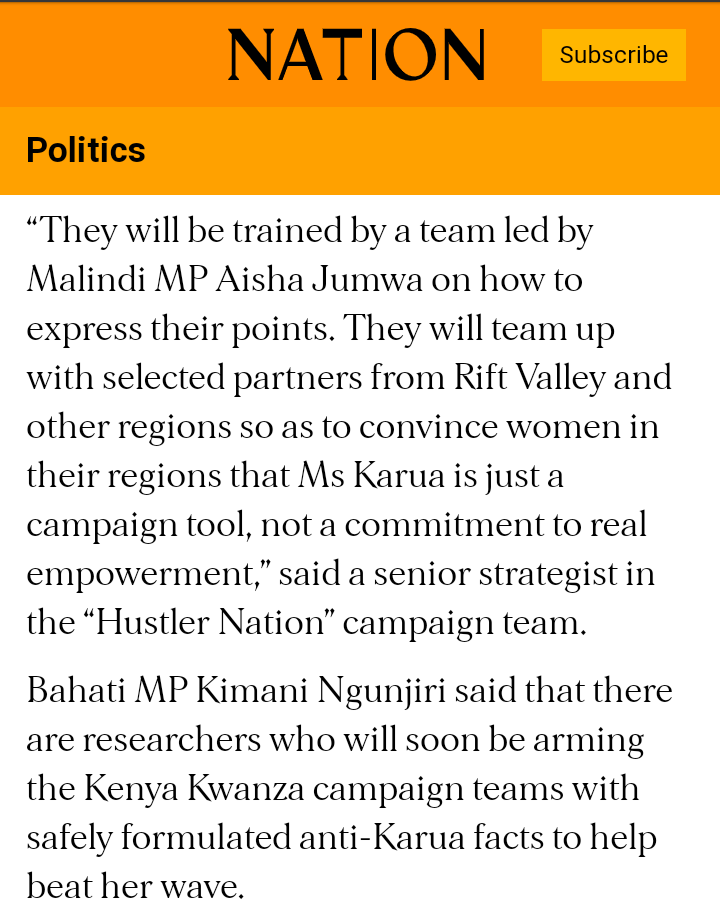 He told The Daily Nation that a group of women leaders have been already identified and are being trained by Malindi MP Aisha Jumwa, who the DP believes has the best skills to deal with Karua.

“They will be trained by a team led by Jumwa on how to bring out their points. The team will also work with selected partners from Rift Valley and other regions so as to convince women in their regions that Ms Karua is just a campaign tool, not a commitment to real empowerment,” he is quoted.

The said plan was confirmed by Bahati MP Kimani Ngunjiri, who says that they are now gathering information that can be used to badmouth Karua.

“We do not want to give Karua the benefit of building up the gender trump card, not because she is bad, no, she is a true daughter of the soil ... but this is a competition and we cannot let her be packaged in a manipulative way that seeks to sell a lie that we are not committed to women empowerment," he says.

"Those Not in Azimio Are on Their Own, Ukambani is Supporting Raila" Says Wiper MP Robert Mbui