Several Azimio Supporters are currently gathered along City hall waiting for IEBC Chairman Wafula Chebukati to announce the winner in the Presidential contest.

In a news report that has been shared by a reliable source of information, it has been revealed that supporters of the former prime Minister of Kenya and Orange Democratic Movement party leader, honorable Raila Odinga are currently singing and dancing outside city hall while waiting for the results to be announced in the country.

This is happening at the same time when a number of media houses have claimed that the former prime Minister of Kenya and Orange Democratic Movement party leader is second to the deputy president of Kenya, honorable William Ruto who has been leading in the presidential polls from morning.

While reacting to this incident, kenyans who took to their different social media accounts to express their opinions and suggestions on the matter have called upon the inspector General of police along with National Police Service to deploy police officers just incase anything happens if their expectations are not met by the IEBC.

According to the reports given by most Kenyans, they claimed that it was so unfortunate that the government is yet to do something about the increasing tension and anxiety all over the country despite the fact that Alot of people are currently waiting for the Presidential election results all over the country. 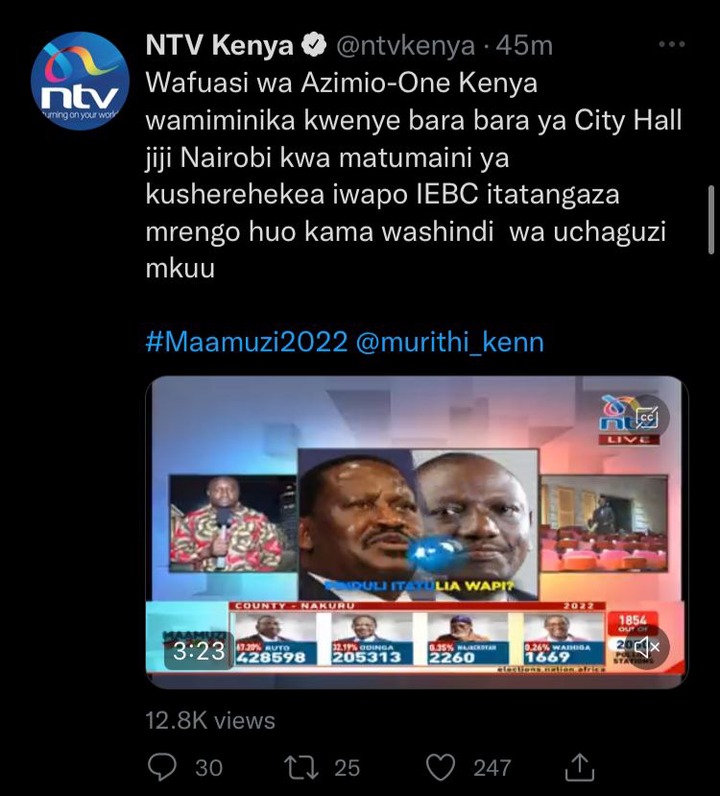