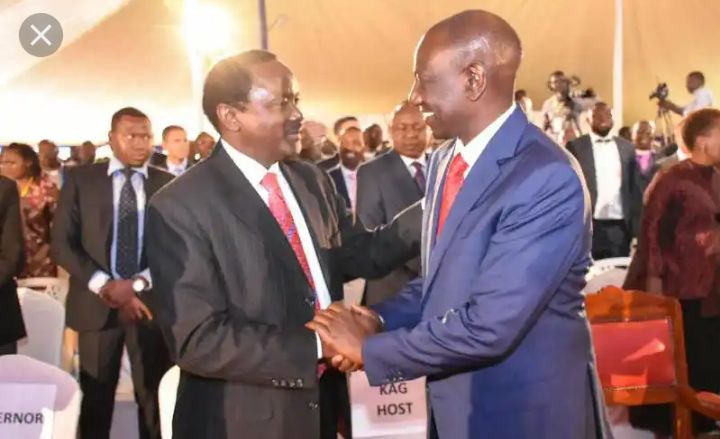 In the just concluded last general elections, many Kenyans have now known their newly elected political leaders that will hold public offices for the next five years in various elective political positions as MCAs, MPs, Senators, Women Reps and Governors.

According to the results that were released by the Independent Electoral and Boundaries Commission (IEBC) boss Mr Wafula Chebukati, the Kenya Kwanza Alliance flag bearer Honorable William Samoei Ruto won the race.

As a result, the Azimio are currently planning to go to the Supreme Court of Kenya to challenge Ruto's win in the last general elections.

As these are happening, Ruto's camp is seen continuing to reap big as some elected politicians from different waves are seen joining the Kenya Kwanza Alliance.

In what has left Kenyans with many questions, honorable Mike Mbuvi Sonko who dumped Azimio for Kenya Kwanza, on his official social media account posted a photo of the Wiper Democratic Movement Mr Kalonzo Musyoka and DP Ruto with a suspense word "loading..." 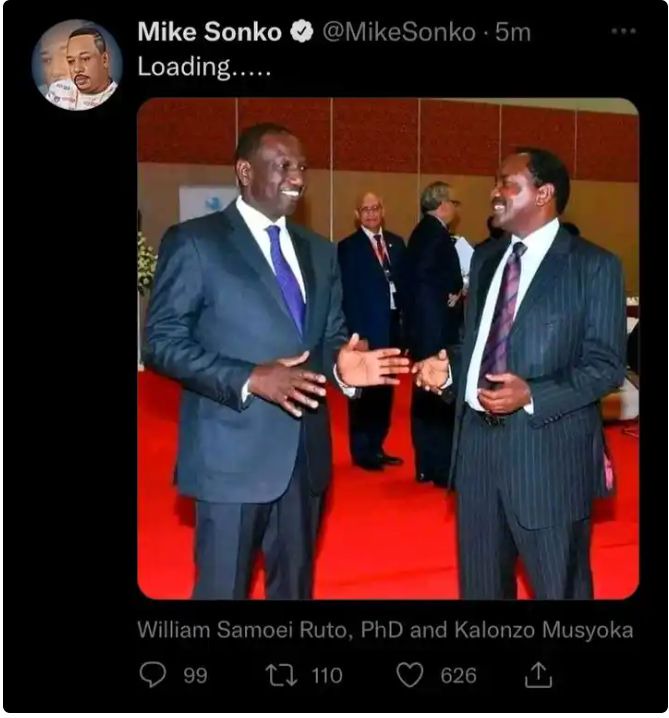 Could it be there is a deal cooking between Kalonzo and DP Ruto that Sonko is trying to tell Kenyans.

Sonko has been a very close ally of Hononorable Kalonzo Musyoka and he may have a hint on what might be happening between Ruto and Kalonzo.

Two Arsenal Stars That Will Ensure the Gunners Emerge Victorious With EPL Trophy.