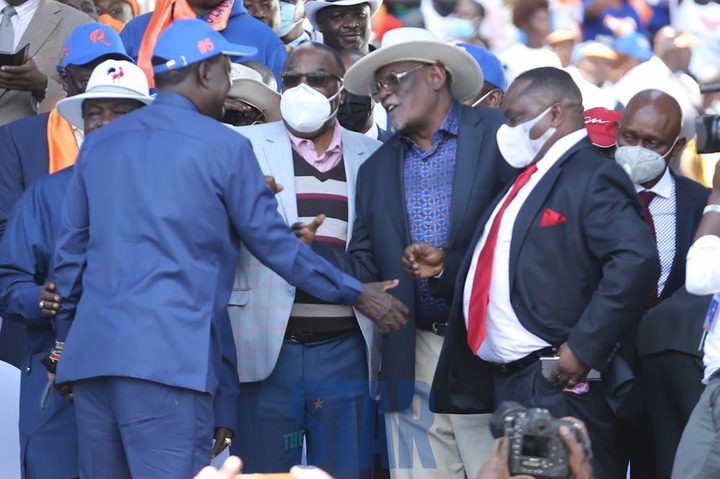 David Murathe, Jubilee party vice chairperson, has claimed that the country is slowly turning in to the blue color, the colour which is now being politically associated with the Azimio La Umoja One Kenya Alliance camp.

Azimio camp is fronting the former Prime Minister Raila Odinga as the presidential candidate in the August 9 polls, alongside Narc Kenya party leader Martha Karua as his running mate.

In his Tuesday's interview with K24 TV, Murathe argued that previously the country was in support of Deputy President William Ruto's United Democratic Alliance party, which is political linked with the yellow color, but after the nomination of Karua as a running mate, most Kenyans have switched camps to Raila's wing.

In his bold remarks, Murathe argued that the Azimio camp is relying on Intelligence reports to weigh on their chances of winning the August polls, and according to the latest results, Raila is far ahead of Ruto in Mount Kenya Region, and across the country. 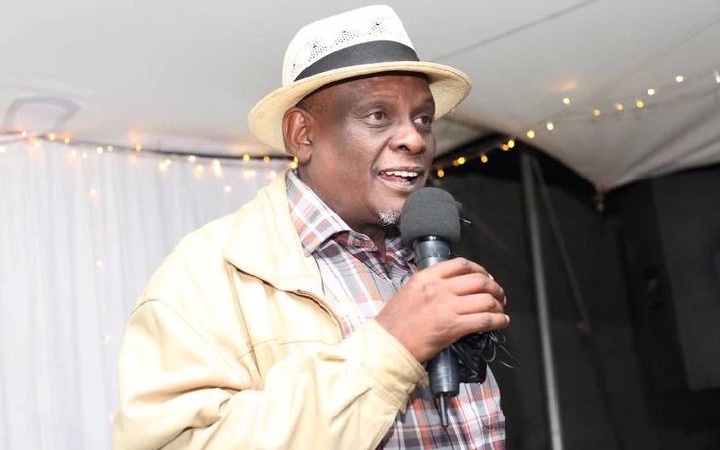 "The yellow was the undercoat and it was the first issue we had to get rid off. Now, we are painting the country blue. We have our own numbers informed by professional research and intelligence."

"According to the results of the intelligence report last month, In Mount Kenya, Raila was neck to neck with Ruto, but this new month, Raila has edged ahead of Ruto. It is now 65 versus 35 per cent nationally," argued Murathe.

His remarks echoes past remarks made by ICT Cabinet Secretary Joe Mucheru who claimed that Raila popularity was growing and he was at 64 per cent, further claiming that he had no doubt that the ODM party leader would emerge the winner in the presidential race with a big margin. 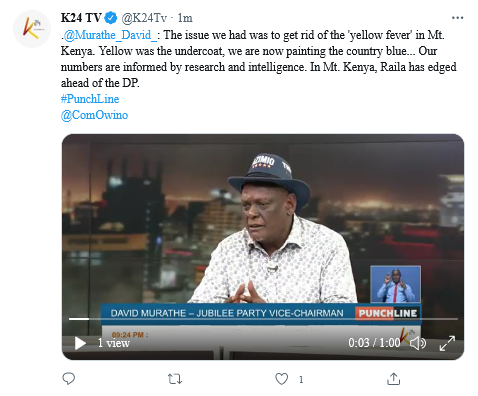