By ChrisYash (self meida writer) | 26 days

Deputy President William Ruto has launched a rigorous campaign ahead of the 2022 general election. In the recent days, Ruto has been traversing several places in hid effort of selling the UDA agenda- a new party that he has confirmed to use in the forthcoming elections. 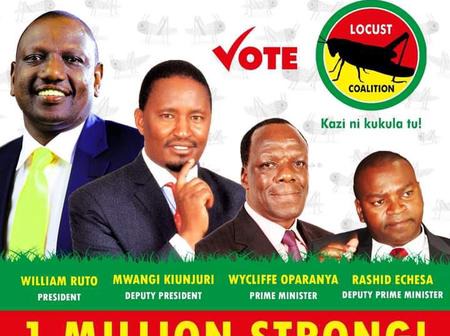 With the current political activities that have seen Ruto gain more support from the Jubilee perceived stronghold has even boosted his bid even further. What however poses a great challenge is the choice of the running mate that he will vie with. Several options are on the table and in a matter of time, he will have to make a choice. 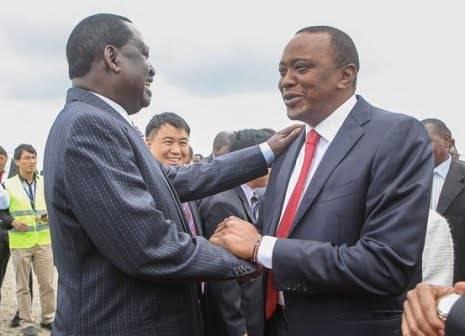 From the unfolding political activities involving the DP, he has invested heavily in the Mt Kenya region and he might consider choosing his running mate from that vote-rich region. According to political analysts, former CS Mwangi Kiunjuri is perceived to be the great partner for the DP given his political strong background. Others who will form a strong coalition with Ruto is members of One Alliance Kenya who have vowed not to join hands with ODM after being betrayed by Raila Odinga. 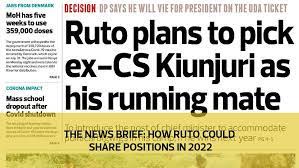 The availability of ANC's Musalia Mudavadi, FORD Kenya's Moses Wetangula, WHIPER's Kalonzo Musyoka will provide a great option of leaders who will partner with the DP to send Raila and his Jubilee battalion home. 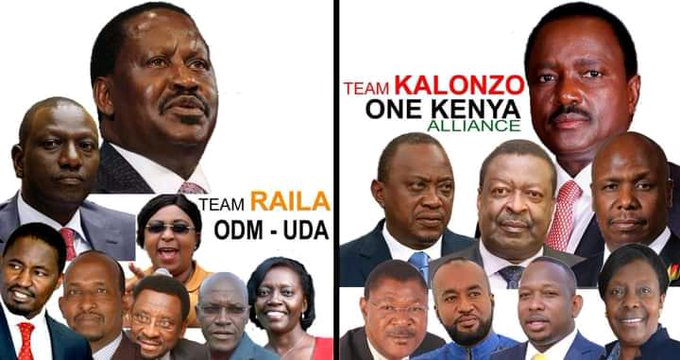 Elsewhere, Embakasi East Member of Parliament Babu Owino has revealed that President Uhuru Kenyatta will be part of the 2022 government which will be led by ODM chief Raila Odinga. Through his Facebook post, Babu stated that the President will be Orange Democratic Movement leader Raila Odinga. The deputy president will Kalonzo Musyoka of Wiper Party and Uhuru Kenyatta will be the Prime Minister of the country. 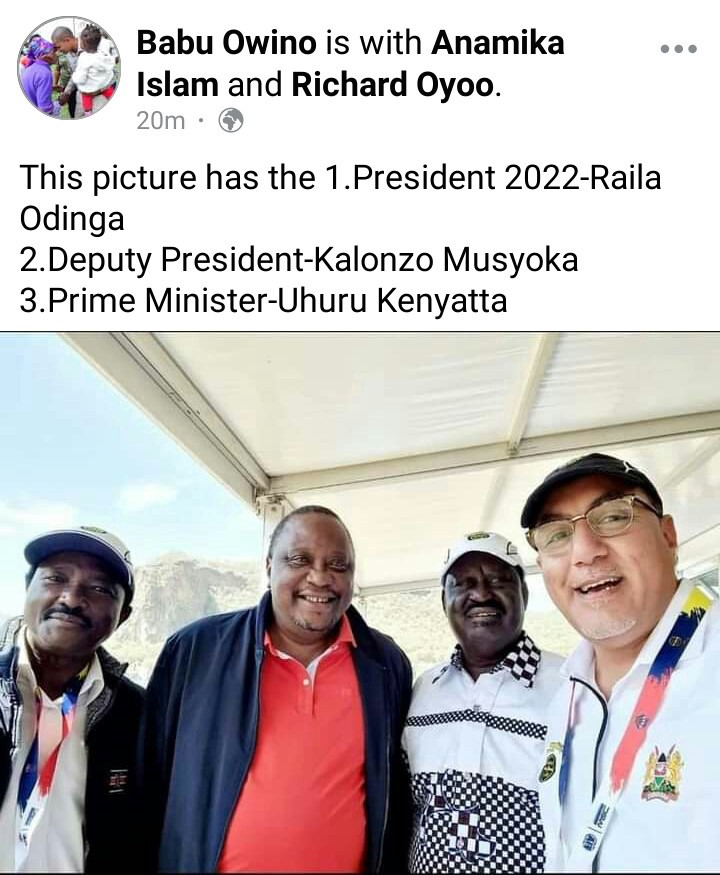 The legislator went ahead to post a photo of the trio with a caption: "This picture has the President 2022 -Raila Odinga, Deputy President Kalonzo Musyoka and Prime Minister Uhuru Kenyatta".

Is He Gaining More In Mt Kenya Than DP Ruto? Leader That May Complicate Ruto's Presidential Bid