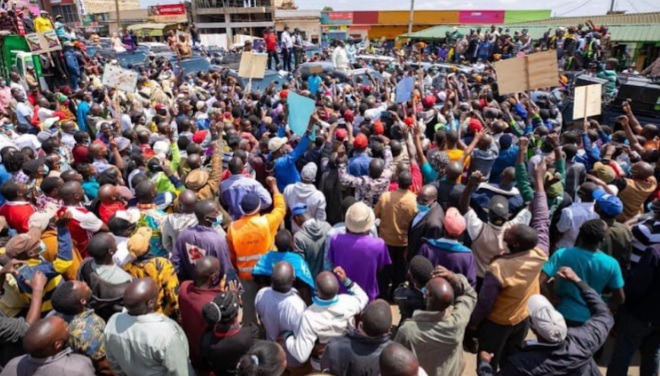 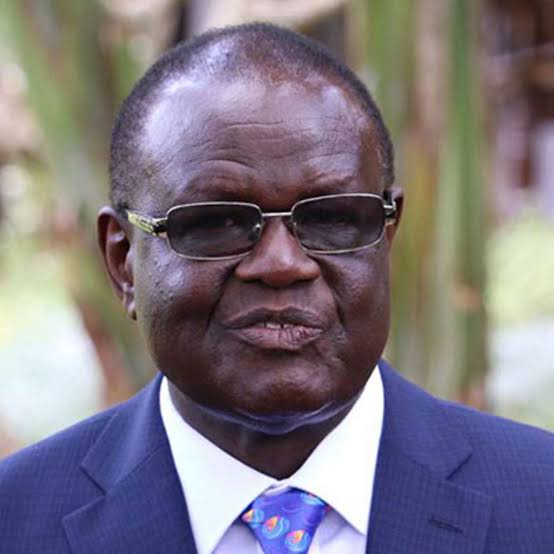 The leaders decided they would stay with Raila until the end, adding that he had experience and was committed to addressing issues affecting Kenyans.

In a memorandum read by the former PS of Education Kilemi Mwiria, the leaders unanimously approved Raila's candidacy.

They cited Raila's commitment to decentralization, unity among leaders and its plan to identify markets for miraa and other agricultural products.

They asked him to deal with the problems of lack of markets, inadequate infrastructure, insecurity, drought and border disputes.

Leaders in the region have said they want to "support a candidate who cares about a united and prosperous Kenya".

“We have decided to support Raila as the next president. His working relationship with President Kenyatta has brought stability to the country, ”Mwiria said.

“We also support its shared prosperity and inclusion agenda. We believe this is possible because Raila is a man who keeps his promises.

Delegates to the meeting at Chuka University made their case on a number of issues they want the former prime minister to address.

He was asked to consider Agriculture CS Peter Munya as his running mate for the showdown with Deputy President William Ruto.

Raila, who has also sought to negotiate a truce between the CS and Kiraitu, has been asked to consider appointing the outgoing governor of Embu if he forms the next government.

The policy of dividing Mount Kenya East against Mount Kenya West also emerged at the meeting. The leaders of the East have declared that they no longer want to be carried on the shoulders of the West.

Kiraitu said that they "want to be respected as they respected others" and that they would not look down on anyone.

“We want to tell our brothers on the other side [of the West] that we have come of age. Get rid of your back so that we can walk side by side,” he said.

Mount Kenya East leaders have also called for the creation of a Mount Kenya Development Authority.

Raila was asked to review the proposal of one man, one vote, one shilling, as was the case in the BBI.

Members of the council of elders of Njuri Ncheke, young people, MCAs and former deputies were present.

Njuki, the host, welcomed the ODM boss to campaign freely in the region, ensuring him support unlike in 2013 and 2017.

“It is well known that since 2002 Raila has suffered because of the incitement against him. I am happy here today to tell you that the door is open to you.

“Many came and we saw them. However, there is a difference. That is why we will be with you. Don't forget us, ”the governor said.

“As my colleagues have said, we feel at a disadvantage because no project has ever been completed and is used as a begging tool during the elections,” Njuki added.

Munya said, “There is a moment of God and a moment of people. Raila's is clear. The signs are there. Those who don't believe had better come and join us. "

"People who said they had climbed the mountain now realize that they have been misled. Raila has understood correctly. We will not go down. He will take us where we want to go," added the CS.

Kiraitu added, “It is difficult to preach to converts. We have accepted Azimio la Umoja as Mt Kenya East. There are all reasons for us to stay together.

Wambora said: “We welcome Raila to Mount Kenya East. We have heard a lot of stories and we are not worried about the ones that come up here. "

“As Mt Kenya East, from now on we will be working with you. We will arrive at Mount Kenya West. We will all come to the Nairobi meeting. I want to assure you of our unwavering support, ”said Wambora.

“We will help you revive the economy. He is a professional, a good leader. Kenya is in good hands with him.

Kieni MP Kanini Kega said: "In 2022 we will choose between a leader and a dealer ... Do you want a leader or a dealer? We want a leader who is here."

In his speech, Raila praised the support, saying he had made plans to address some of the issues presented to him. 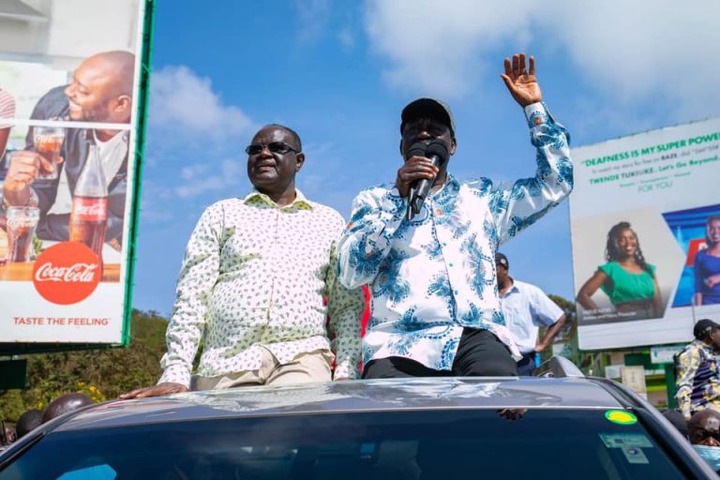 “We had a long discussion with Munya about reforms in the agricultural sector. We have a clear policy on these issues, ”said the head of the ODM.

Raila is also committed to tackling cattle rustling and addressing concerns about the effects of drought in the region.

“We will build Grand Falls Gitonga to address the food production issues. We will control the water to avoid flooding in Garissa, ”he added.

The ODM chief also explained the background to the Azimio la Umoja initiative, saying the region would not be forgotten, having produced most of the heroes before the country's independence.

“We must first be united to face these problems. This is the idea of ​​Azimio la Umoja. We can raise this country to where we want it to be. It's all there [policies], ”Raila said.

“On the bus, we decided we wanted Raila. There is a reason. We cannot take the children to school and then give them wheelbarrows. If they are educated, we want them to get meaningful jobs, ”he said.

Senator Siaya James Orengo, who accompanied Raila, said: “It looks like you are building a very strong team like the one that was in the Kibaki administration. If you look at the team that Raila is building, we're going somewhere. 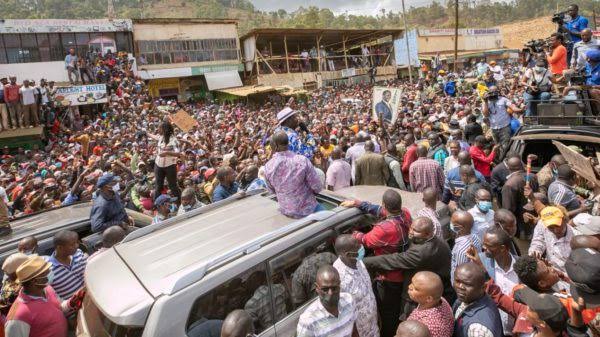 Karugu said, “I assure you that Nyeri is behind you. Women called me today and told me that they would support you because you have given us peace and unity.

Muriithi said Mount Kenya has 10 counties whose residents appreciate the work. “Work gives us dignity. Our economy is worth $ 27 billion… bigger than 34 different African countries… I'm shocked that someone wants to take this economy and put it in a wheelbarrow.