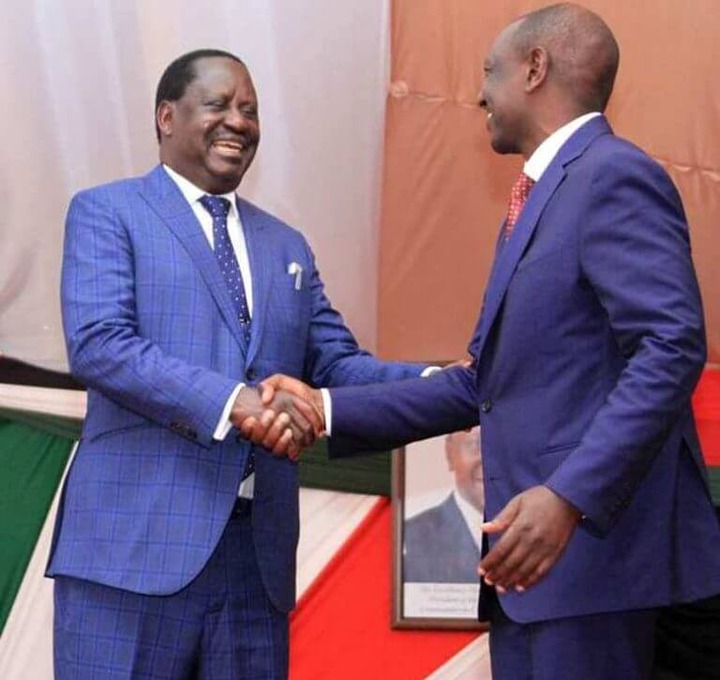 Since the announcement of the presidential results, William Ruto has been very busy meeting newly elected leaders from Kenya Kwanza and some rebels from Azimio la Umoja-One Kenya Alliance. One such rebel group is the United Democratic Movement Party which is legally part of the Azimio coalition. 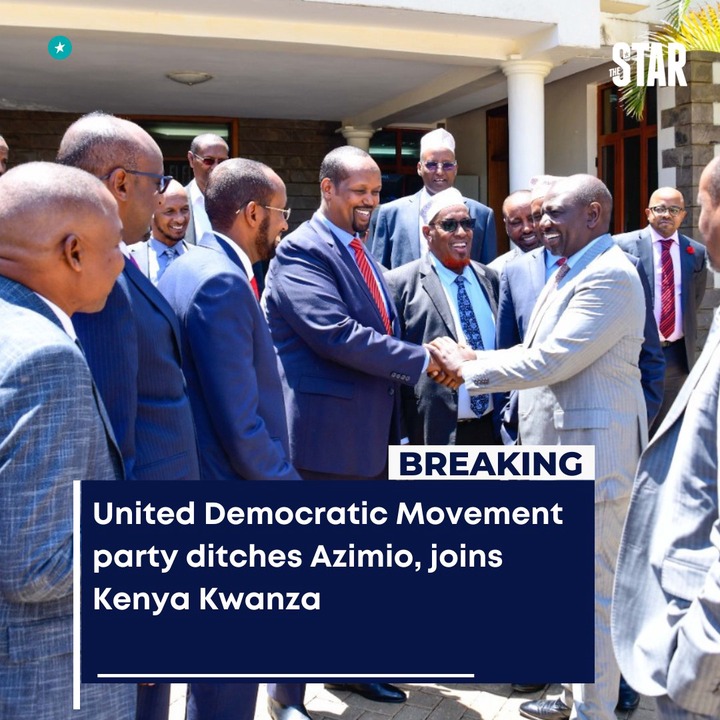 This is a very big blow to Azimio which had a pre-election pact with UDM. The move by UDM will have legal consequences which may probably emerge later on.

However, Dr. Michael Ndonye a columnist at the Standard media has adviced Ruto to talk to Raila Odinga instead of courting Azimio rebels. On his twitter page he wrote, "Please Dr. William Ruto avoid any union with Azimio rebels. Better talk to Raila Odinga. If you've hustlers' interests at heart, he alone has 6.9 million in his bossom. Let these politicians who used Baba learn the pain of managing the opposition. They're betraying Baba and they'll also betray you." 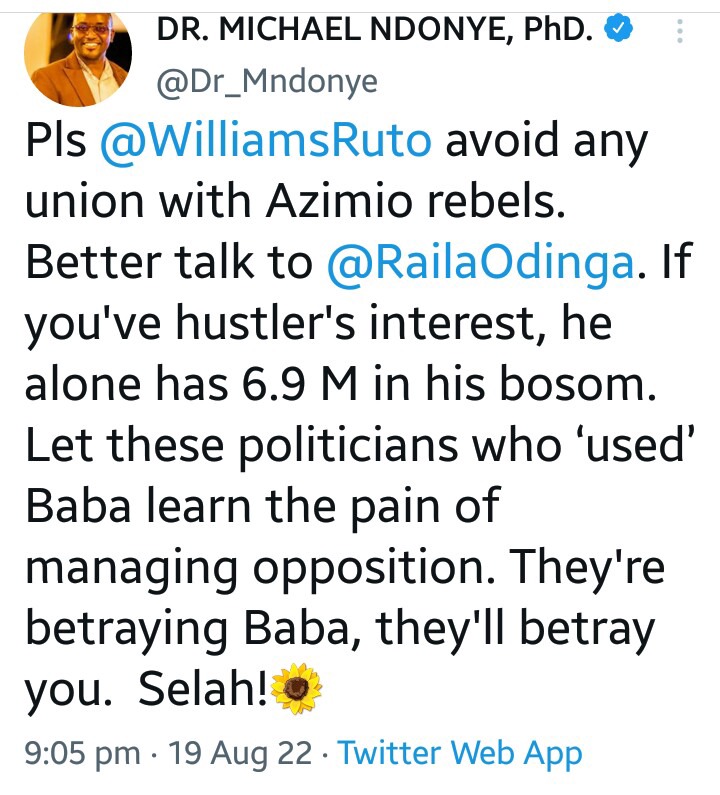 The UDM politicians are probably looking after the interests of their region by aligning with Kenya Kwanza even though they are legally part of Azimio. However, Dr. Ndonye advices Ruto to talk to Raila Odinga who has a much bigger following and influence.