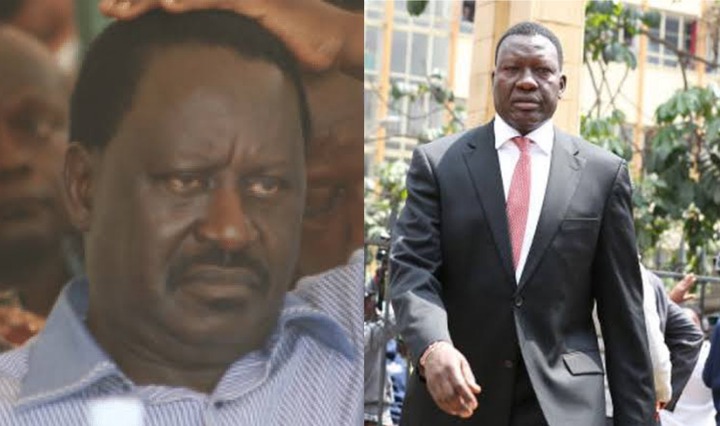 ODM Party Leader Hon Raila Odinga's ICT Guru Hon George Njoroge, the current Manager at East Africa Data handlers has today on Tuesday reported that it's sad to see that the current IEBC leadership isn't taking grievances from Raila's side despite numerous calls to have the commission come out and announce its preparedness ahead of the upcoming 2022 general election.

Speaking via an exclusive political report by the Nationa Media Group where he has openly admitted that the Azimio Camp is in fears that the upcoming 2022 general won't be free and fair, the Veteran ICT Guru said that the IEBC hasn't cleaned the KiEMs Kits that were used in the hotly contested 2017 general election adding that there is a huge likelihood that the Kits still holds that Data from OT-Morpho, a company that was contracted to transmit the election results in 2017.

At the same, the Nation Media group established that Deputy President William Ruto and his allow have heavily invested in Davies Chirchir, former President Uhuru Kenyatta's Presidential election agent who at some point was accused of logging into the IEBC systems with Wafula Chebukati back in 2017. Davies Chirchir is Said to be trusted with performing Magic during the upcoming General election by ensuring that Nobody will interfere with the Results Transmission.

Also, the Nation Media group unlike Mr. Njoroge of Raila who's free with the Press, Davies Chirchir refuses to be interviewed and also doesn't hold any social Media accounts and prefers working behind the Computer systems.