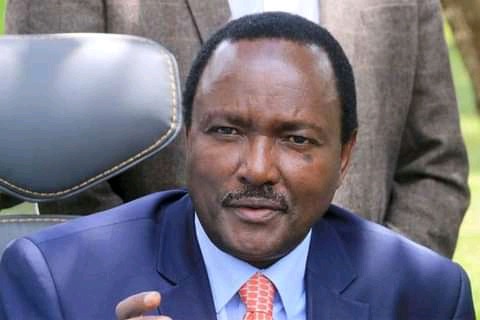 Amid the uncertainty surrounding Wiper leader Kalonzo Musyoka's presidential bid after bolting out of the Azimio la Umoja coalition, questions have been raised over his eligibility to contest.

Kalonzo had set the running mate slot as the irreducible minimum if he was to back the former Prime Minister's fifth stab at the presidency.

Feeling cheated, Kalonzo swiftly decamped from the Azimio la Umoja coalition to launch his own presidential bid. Already, he has picked Andrew Ole Sunkuli as his running mate.

However, according to legal commentators, legally, Kalonzo cannot run for President as his Wiper party is tied within the Azimio la Umoja coalition with Raila as the presidential candidate.

While speaking during an interview on Citizen TV, lawyer Steve Ogolla insists that the Azimio la Umoja One Kenya Coalition agreement cannot allow the former Vice President to contest the presidency on Wiper party.

Even if he were to contest as an independent candidate, there are some constitutional obligations which he has not fulfilled as he ought to have resigned from Wiper party some weeks before cleared by the Independent Electoral and Boundaries Commission.