"After The President Tells The Story, Ruto Will Be Finished" Itumbi Alleges Inside Plot Against Ruto

Through the Hustler Nation Intelligence Bureau, Itumbi cited that they have received information from an insider that the president is given pressure by his allies to release a story about the exact cause of their fallout with his Deputy, William Ruto.

Itumbi said that the purported story will taint the Image of the deputy president William Ruto which will finish him politically.

"After the President tells the story, everyone will leave the place whispering and UDA! and Ruto will be finished that day..." HNIB agent allegedly told.

Itumbi went ahead to say that the Hustler Intelligence Bureau is considering releasing that Story which had been held for long by Kenyatta's camp allegedly touching on the Gift that was given to the deputy president William Ruto.

"HNIB agents are still considering if to release the story that has been bundled around for the longest.It is the Story they want the President to Narrate to justify the fallout with DP Ruto.The story touches on an alleged Gift." He added. 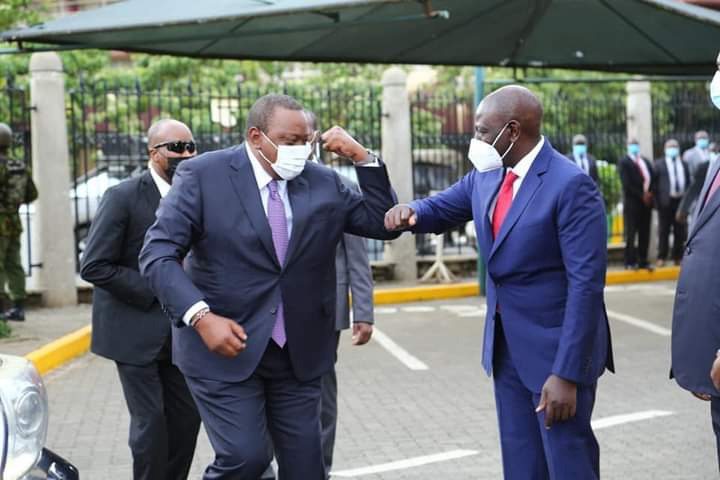 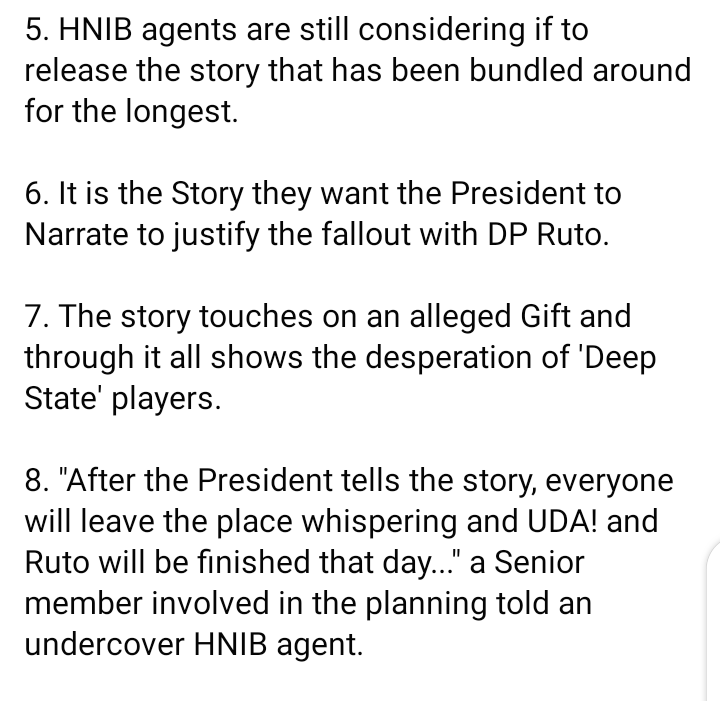 "They Are Supporting Ruto And My Candidature" Nelson Havi

Rigathi Gachagua, Sonko And Anne Waiguru Among Politicians Who Should Not Be Allowed To Vie