“If You Want People to See Magufuli is Dead, Build Him a Mausoleum,” Lissu Blasts Government Tanzania`s Opposition Leader Tundu Antiphas Lissu now says it is high time for Tanzania`s government to construct a Mausoleum where every Tanzania citizen will have equal rights and opportunity to view the body of the late President John Pombe Magufuli and pay their last send offs.

In this regard, Lissu has fired back at the newly elected President Samia Suluhu Hassan for accepting the circus of the late Magufuli bring to a standstill other operations in the state, blasting the minds behind it. 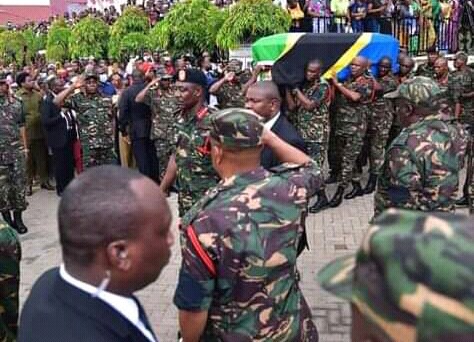 Lissu asserted that the government of Tanzania had kept a secret of the disease that killed Magufuli, slamming them for taking his body in different stations after allegedly hiding from Tanzanians who wanted to know more about their head of state.

According to Lissu the circus has no value, adding that if they want every person to see that truly Magufuli has died, then, they should take him in all regions of the country or construct a tomb-like structure that will be used to Harbour him as the public have a view. 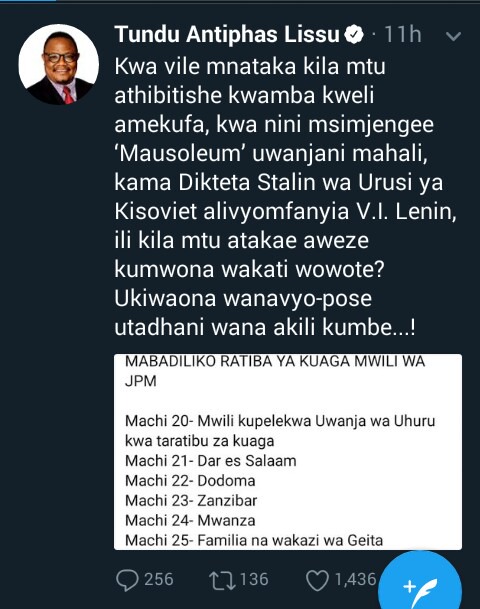 Lissu mocked Tanzanian government for what he termed, “they look as if they have brains, but…! 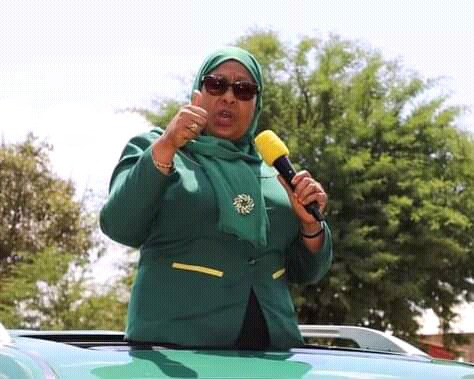 He poked holes the government for allegedly hiding the body of Magufuli, whom he alleged died earlier contrary to what they were told by President Suluhu.