By Everydaytoptrends (self media writer) | 2 months ago

A Kikuyu man, from Nyeri, Central Kenya, once became a hot topic on American Twitter - and, even possibly, at the FBI headquarters - after he posted an inciteful comment online about the former US protests in Minnesota.

Alex G Ndiritu was watching black Americans protest the cruel and racist death of George Floyd on Facebook Live when he left a rather risky comment.

'Burn White House now...We are not turning back...' Alex commented. 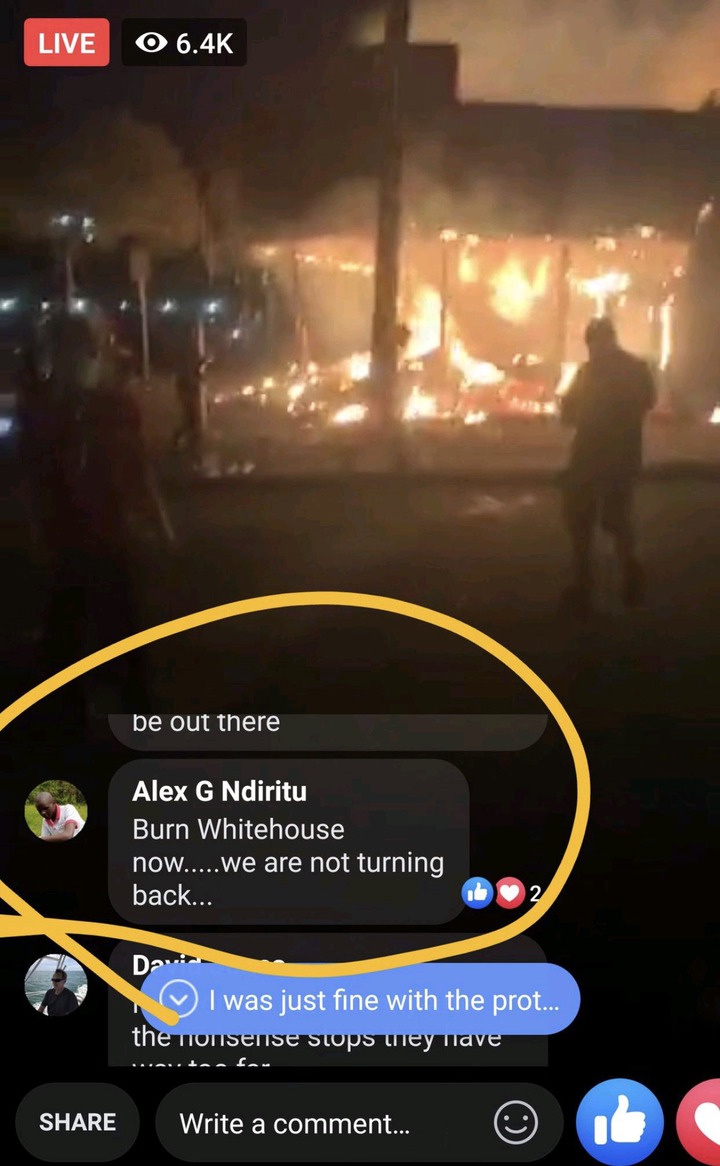 The comment attracted the attention of controversial American comedian, commentator and avid Trump supporter Terrence K Williams who flagged it, circled it and called upon the US authorities to immediately look into the comment and apprehend the man.

Terrence tweeted out a screenshot of comment and even tagged the Secret Service, the CIA and the FBI .

'THEY ARE THREATENING TO BURN DOWN THE WHITE HOUSE! We must Protect President Trump and his Administration. All threats must be taken seriously. Please RT to inform the FBI, Secret Service and the CIA' he tweeted. 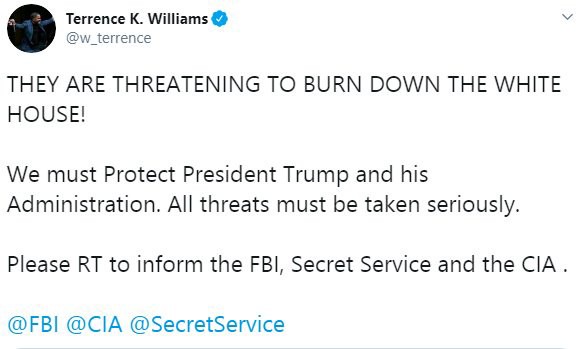 But the fact that a Kenyan villager could capture the attention of a top Trump supporter and American commentator, even attracting thousands of comments from other angry Trump supporters and pro-white racists excited many Kenyans and gave birth to a wondrous - and rare- Twitter spat between Kenyans and Americans.

Alex himself later emerged on Twitter to set the record straight hilariously claiming that Americans were going crazy about him and yet he was busy minding his own business in Nyeri, chewing miraa. 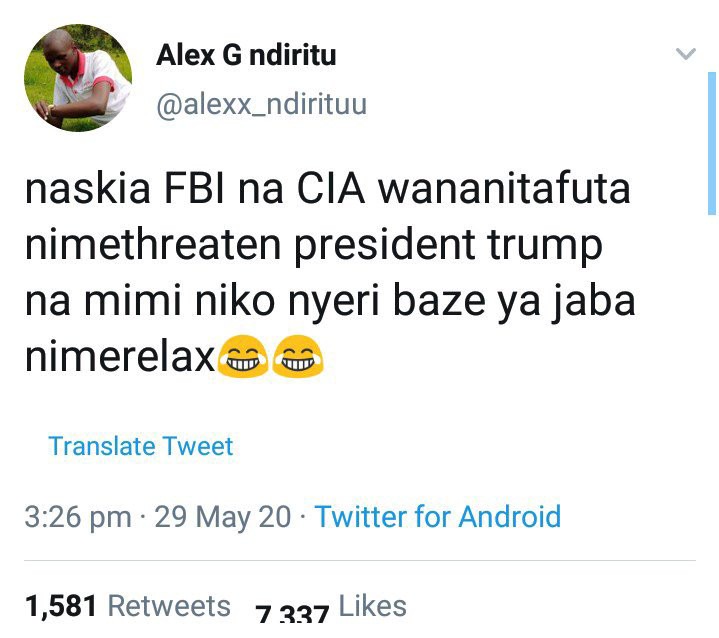 America has seen some of the worst race riots in recent times after Derek Chauvin, a white police officer, was filmed violently kneeling a black man to death.

George Floyd had been wrongly accused of forgery and it took the police minutes to arrest him, knock him to the ground, kneel on his neck and kill him instantly.

Derek knelt on George Floyd's neck for over nine minutes until he passed away.

But while America was still trying to come to terms with the ugliness of racism and police brutality, Alex Ndiritu is sitting pretty in his little village in Nyeri chewing khat oblivious of the intensive FBI search that has been launched for him.

Check out some of the comments. 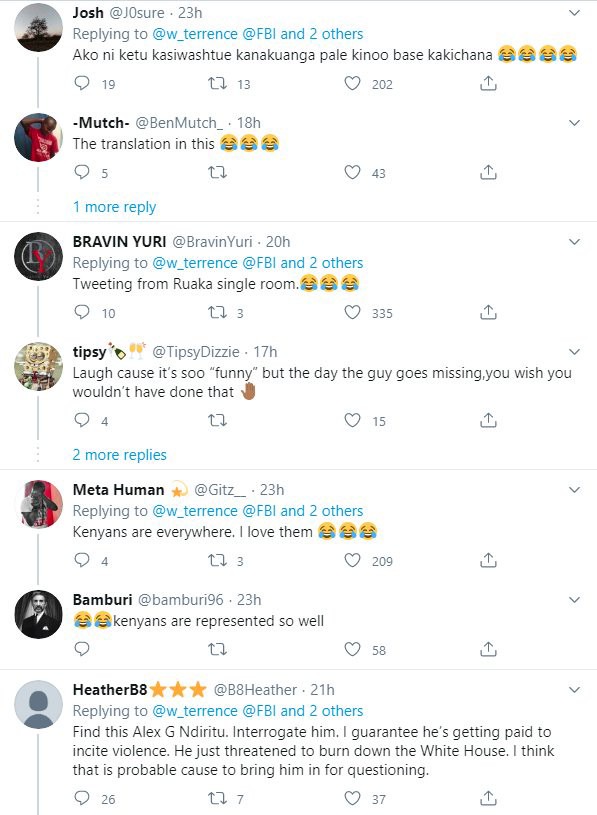 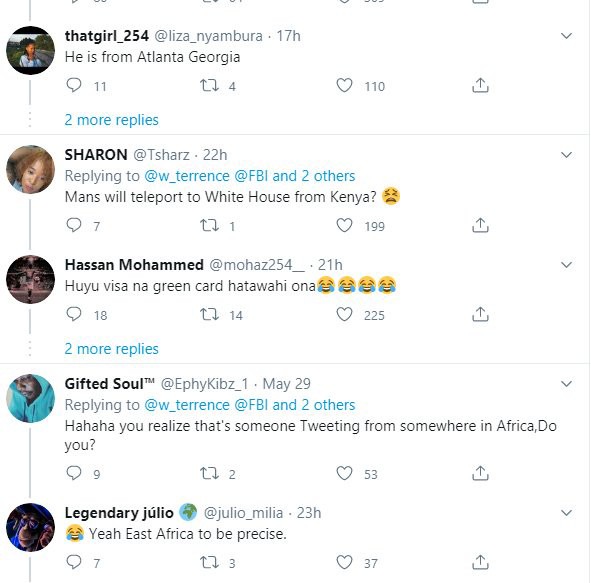 Content created and supplied by: Everydaytoptrends (via Opera News )