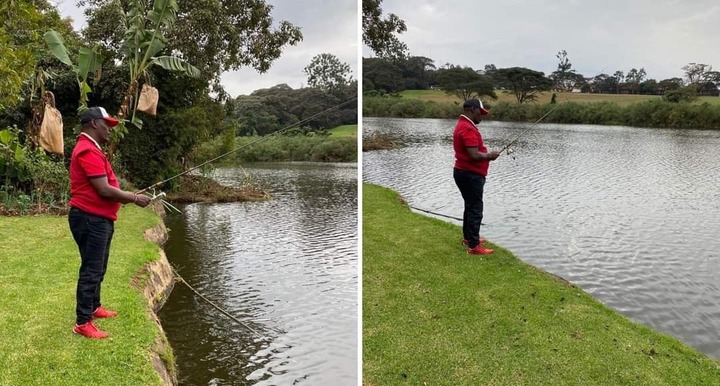 Former Kiambu Governor Hon William Kabogo has wowed many Kenyans after He resorted to other recreational activities to occupy His part time after the whole political drama while shifting from one political party to the other to seek support from ordinary Kenyans.

Pictures that have been going Viral on social media showed Kabogo who was dressed on red shoes, red T-shirt and black trouser standing besides a water body probably a wider river, or abandoned pond while holding a digital fishing equipment that uses very specific techniques to take fish out of the water.

Kenyans were however surprised by His attention during the exercise, where He was spotted taking out the end of the longer rope and put the baits to attract the fish in the water. Besides Him was a brown bag that was hanged on top of a Banana tree, that was Purportedly used to carry equipments. 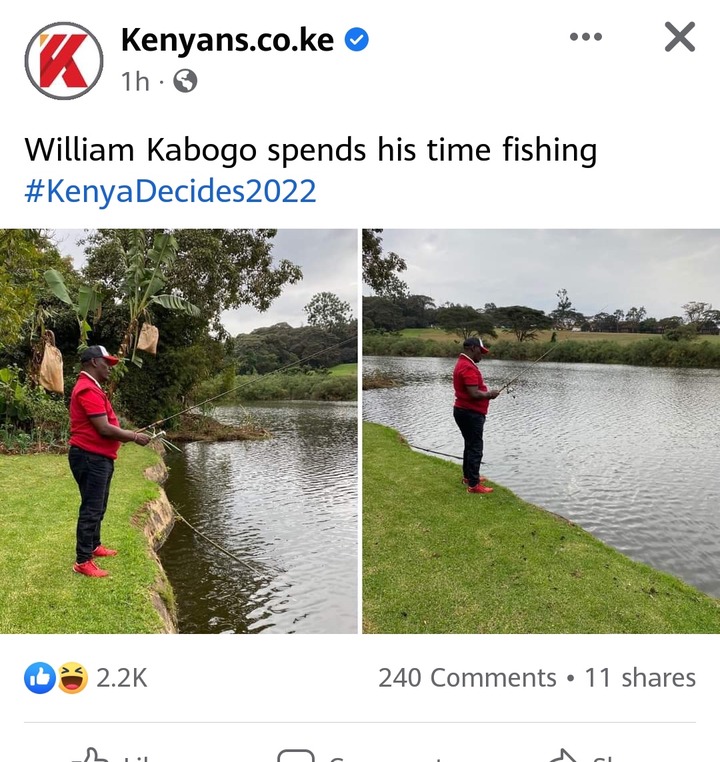 Kenyans who flocked the Comment section with views were of the opinion that Kabogo might have been stressed after the loss and therefore decided to take refuge to fishing and other activities to cool down His mind and escape politics for sometime. Others However said that He has been very deep into fun since He came to political limelight for years now, and this night be part of His intrests that was captured on Camera.

Two days ago, the politician who lost His Bid to become Kiambu Governor again took to Facebook a picture of Him sitting in a very expensive arm chair, besides a vast pool of water and a bottle of beer. He then thanked Kenyans for their support all the way, adding that they should not be worried since He will soon make a political comeback.

Reports from reliable sources in the County said that Kabogo has been spotted severally engaging in non-official matters and even holding events, with new individuals and locals in order to seal His support and do after elections thanks giving ceremony, that will give Him an easy landing after 2027 when He comes back to active politics again.

Below are some of the Comments : 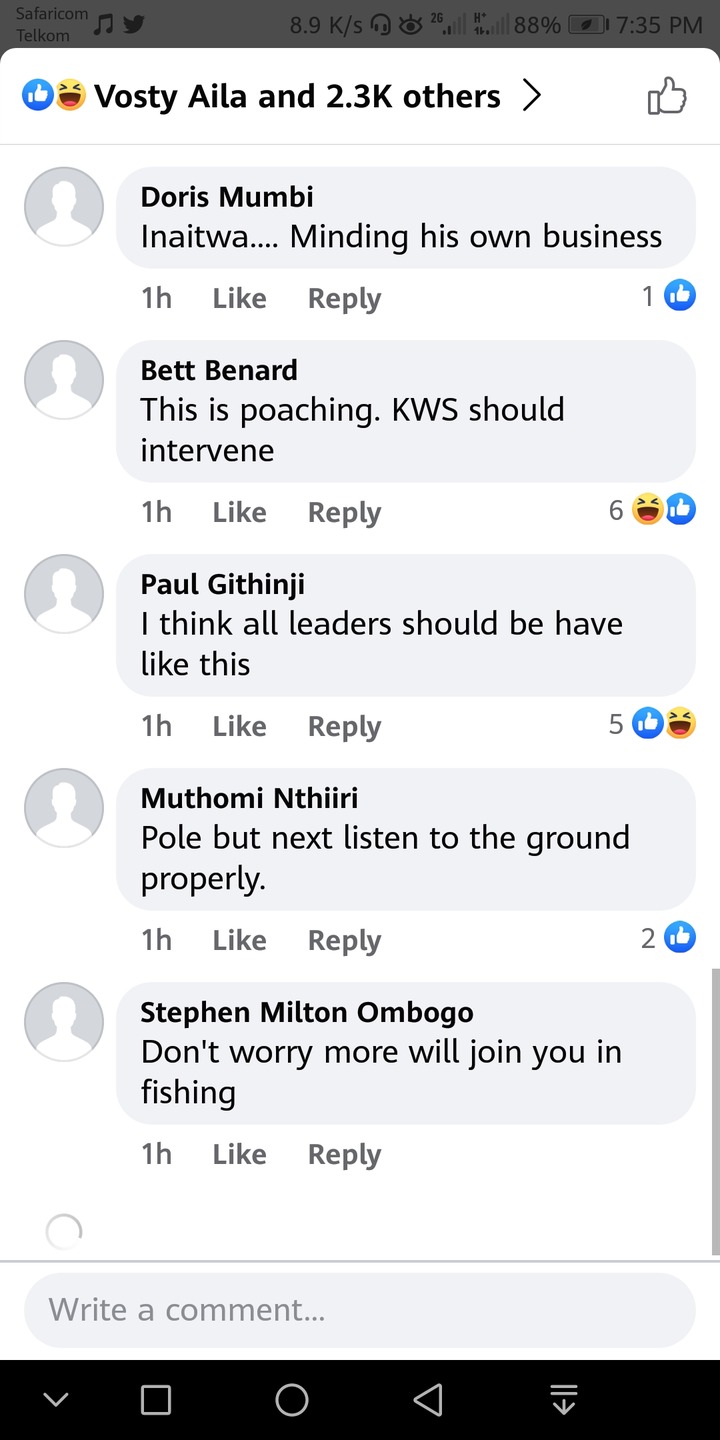 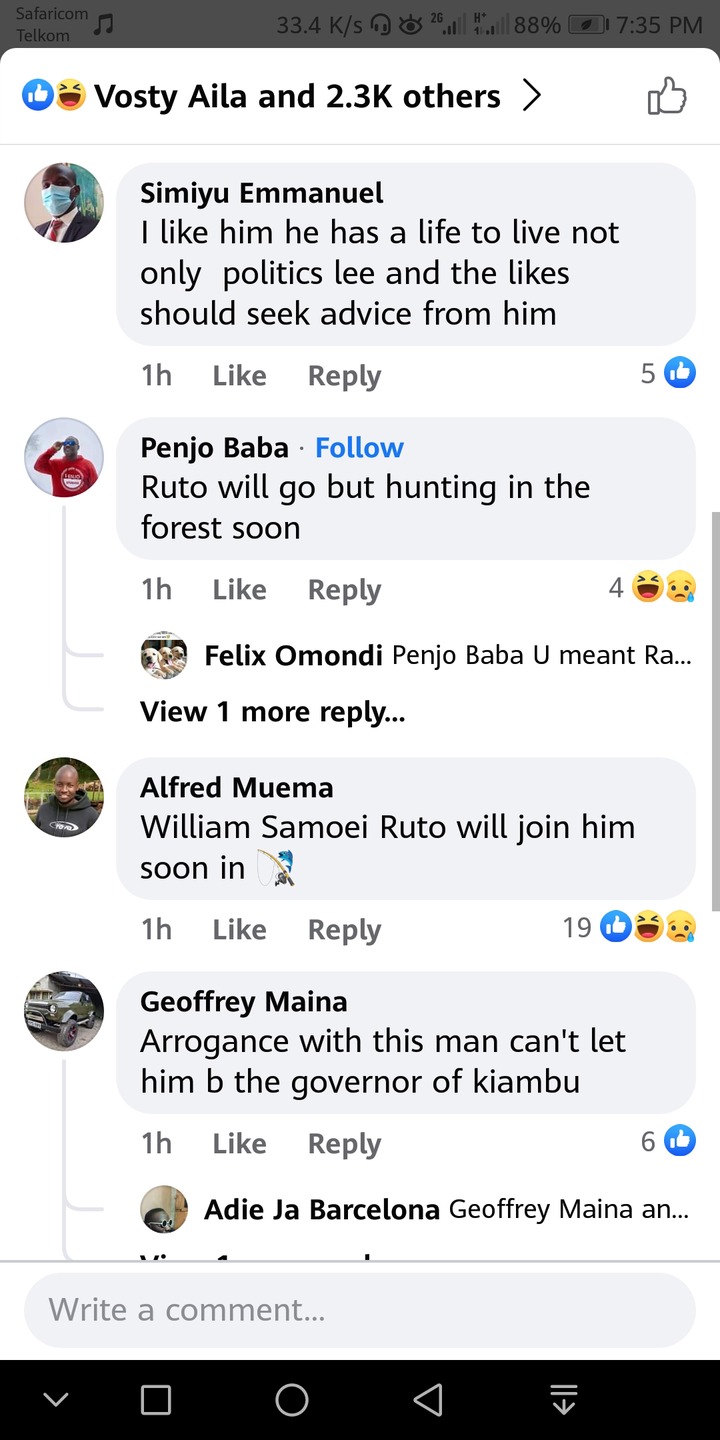 ODM MP Oppose Law To Have Minister Appearing In Parliament For Grilling, Claim It Is Unlawful