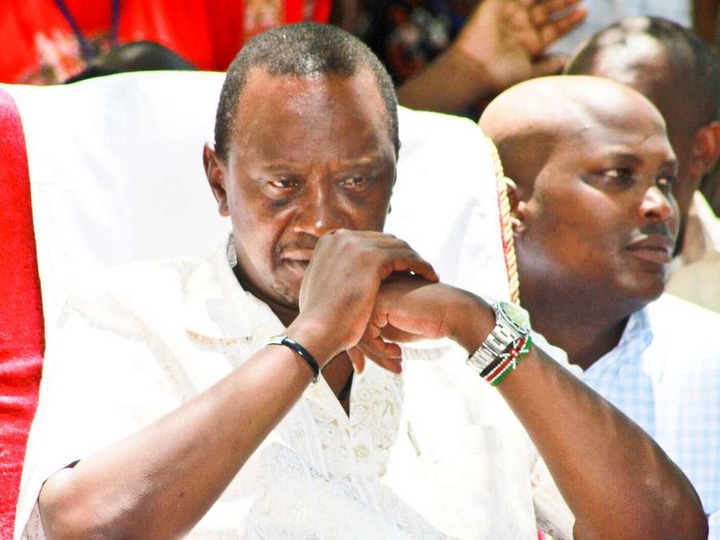 President Uhuru Kenyatta's Gatundu South constituency was not spared by the United Democratic Alliance (UDA) wave that spread across Kiambu county and in Mt Kenya in general.

The incumbent, Moses Kuria, was not defending his seat as he was eyeing Kiambu governor's position but has already conceded defeat even before IEBC announces final results of the poll that was held on Tuesday. 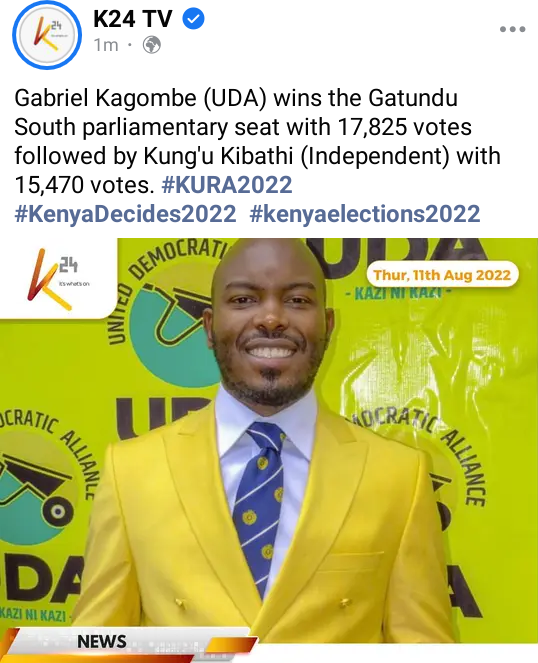 Gabriel Kagombe of UDA won the parliamentary seat with 17,825 votes followed by Kung'u Kibathi who was an Independent candidate with 15,470 votes.

Former Uhuru's speechwriter Eric Ng'eno congratulated Kagombe following his victory and took a dig at Uhuru saying he will be thoroughly represented in Parliament by the incoming UDA legislator. 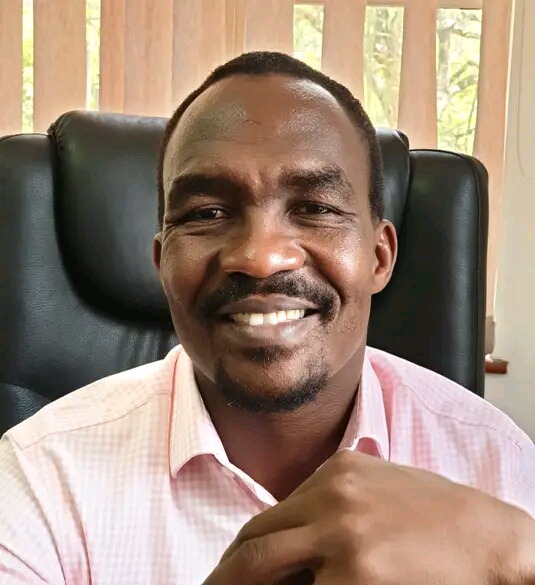 "My friend Gabriel Gathuka Kagombe, simply known as GG, has been elected to represent Gatundu South. Uhuru Kenyatta is going to be thoroughly represented in the National Assembly," tweeted Ng'eno who currently works in Deputy President William Ruto's communication team. 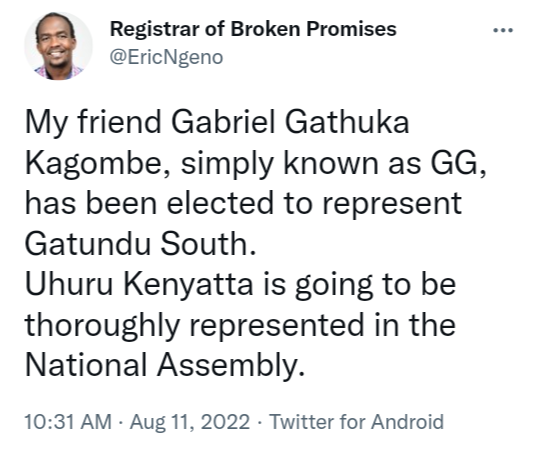 The outgoing Kiambu Deputy Governor Joyce Ngugi, who was the Jubilee Party candidate in the race, had urged residents not to let Uhuru down by electing candidate from rival party.

"I humbly ask you not to shame our President. He is the one we know and I beg you to vote for his preferred team of Jubilee leaders," Ngugi said in a past rally at Kiganjo village. 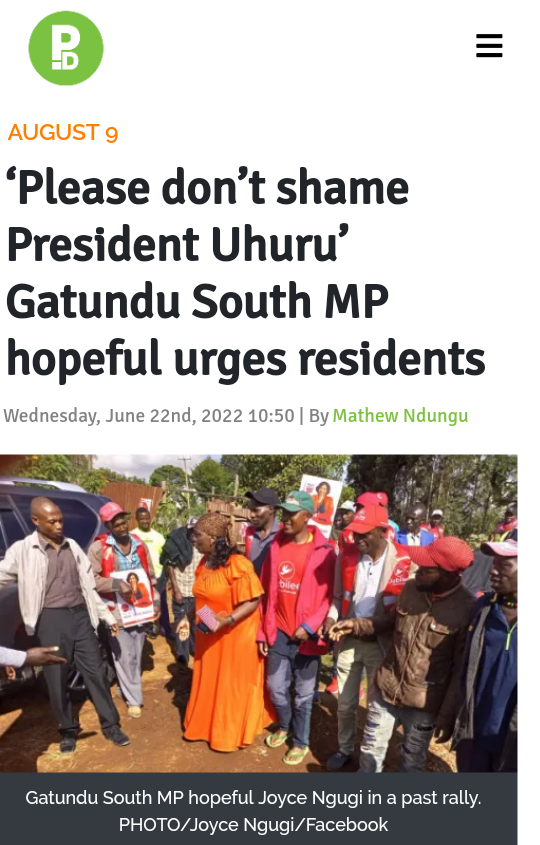 But as it happened, Gatundu South residents disregarded her advice and voted for Kagombe, who is allied to Uhuru's friend-turned-foe Ruto. 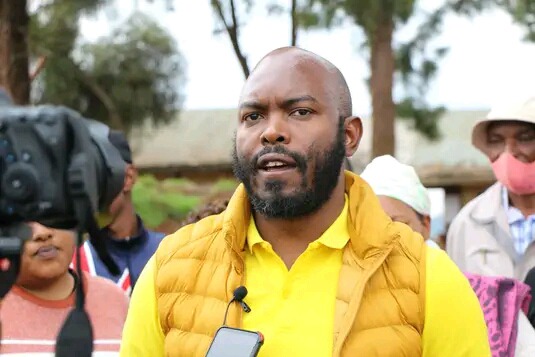 Meet the Handsome Sons of Some Prominent Kenyan Politicians (Photos)

'If Any Cabinet Member With A Court Case Is Convicted, They Will Lose Their Jobs' DP Gachagua Says

Raila Allies React to Uhuru's Silence After Ruto's Appointment, Remind Him About His Opposition Role

Kenyans React As Gachagua Claims 250 Billion Was Used For Azimio Project And BBI.