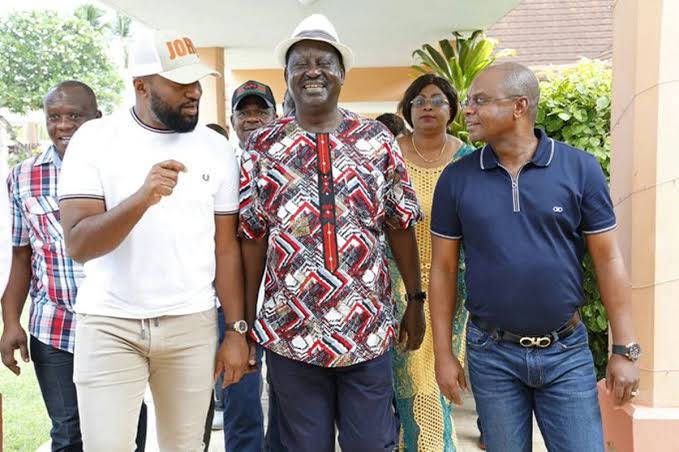 The outgoing Kilifi Governor Amason Kingi has finally confirmed his exit from ODM after many speculations. Kingi made this declaration during a function that was held today on Sunday at Kilifi County. He also said that he was the mastermind of the newly launched Pamoja African Alliance Party. However, Kingi stated that his party will not field any candidate in the upcoming August elections. He also admitted that he still supports Raila Odinga and he has endorsed his candidature ahead of the race.

The Kilifi Governor said that he formed the Pamoja African Alliance to prepare for his candidature in the 2027 elections. He dared Raila that he needs to prepare himself well because the Coast region will get into State House in 2027. He claimed that he will get into State House and the benefits of his party will not come to him but to the citizens of this nation. He also hit at his political critics saying that he is still active in the political arena. 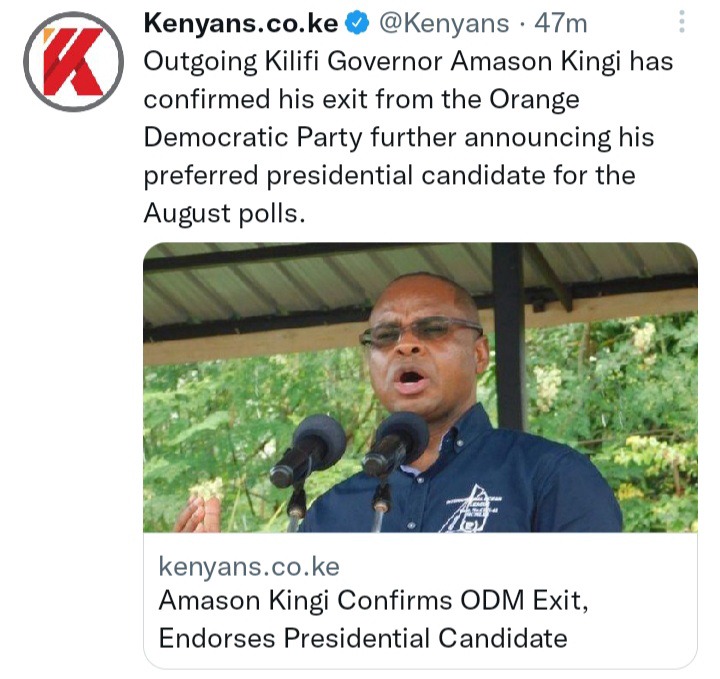 PHOTOS: William Ruto Arrives In Ethiopia, See The Person Who Welcomed Him

World Youngest King Who Ascended The Throne at Age 3 (Photos)