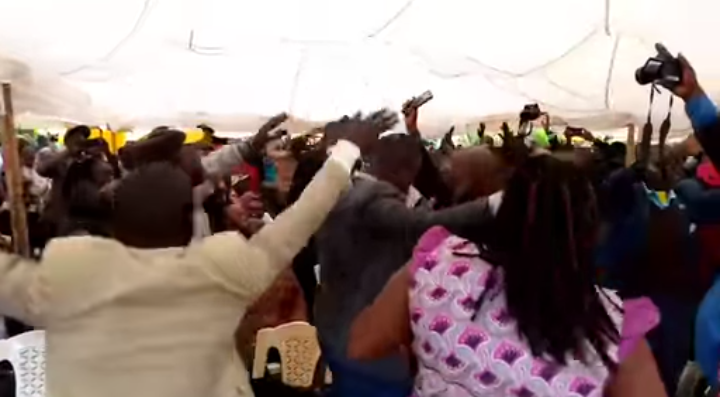 Meru Governor, Kawira Mwangaza, has continued to face a hard time just a few months after she was elected to office. The Governor has been accused of arrogance and also nepotism after she appointed her family members to county positions. Kawira is said to be running the affairs of the county alongside her husband, Murega Baichu.

Last week, majority of MCAs voted to impeach the governor with only one MCA opposing the move. The MCAs cited gross misconduct and incompetence as the main reasons to impeaching the governor.

On Monday 28th, the Meru MCAs kick-started the process of taking the views of the public concerning the move to impeach the governor. Meru residents turned out in large numbers in the county assembly to give their views.

However, the event turned out to be dramatic and chaotic after two factions emerged with one side (minority) supporting the Governor while the majority of the people supported the motion to impeach her terming her as incompetent.

Songs started dominated the event and at one point, the moderators were unable to coordinate the public participation exercise.

The majority residents who wanted Governor Kawira impeached overpowered their rivals and broke into songs and dances demanding the immediate impeachment of Mwangaza. The residents were singing a popular campaign song "Bye bye Kawira bye." 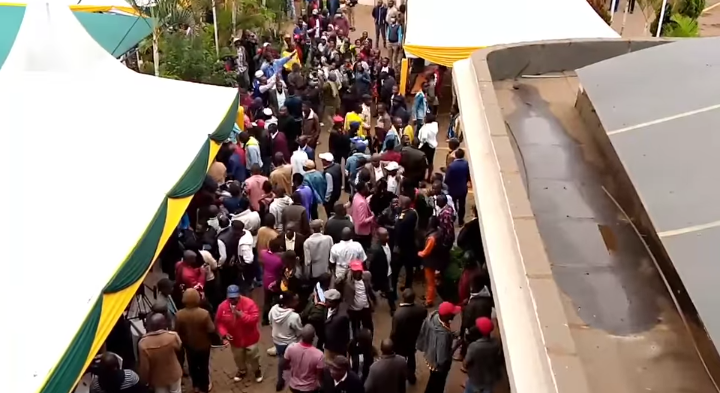