"Kenyans, Don't Blame Us Anymore, We Did Our Part" Senator Cries Out, Sending This Message to Uhuru 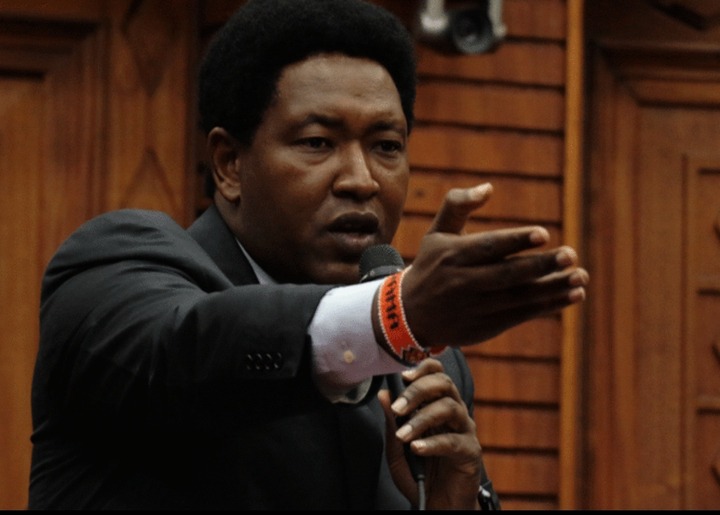 Narok Senator Ledama Olekina has revived His usual attacks on Uhuru Kenyatta's administration following the endless struggles and problems facing the County governments, including the lack of enough money in those devolved Units, for close to two years now leaving Governors with no option than to put most of the activities on hold.

Ledama who Communicated through Twitter has said that Uhuru is slowly frustrating Kenyans and more specially destroying the fruits of devolution that helped in the development of the Country for close to 10 years now.

This according to Him has led to many predicaments including lack of cash to send to Counties to enable the Governors to settle the pending Bills which include the salaries of Teachers and other sectors such as unpaid Contractors, and also complete the pending projects which have been on halt for long, because the responsible Contractors left them due to lack of transparency.

While stressing on the same, the Senator called upon Uhuru to stop playing games and order government Dockets responsible for releasing the money to act with speed. He also asked Kenyans who are active on social media not to start attacking Senators on the same adding that they have already played their part of passing the Bills and the rest of the blame should now be shifted somewhere else.

The Mp was reacting following the ongoing ordeal where the County bosses have been crying out on the National Government to release money to the Units on time to avoid crumbling of some of the most important services including health care, education, security and even the Crucial County offices. 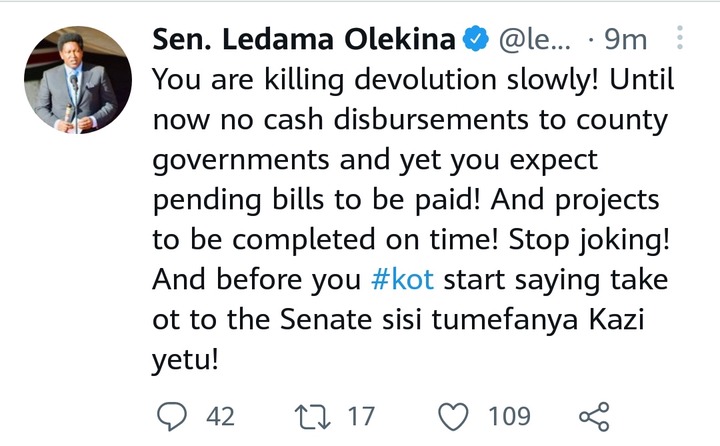 This has also been linked severally to the fact that the Country has been relying on external debts which take time to be disbursed hence giving the Country a very difficult time. Last year, the former chair of the Council of Governors Wycliffe Oparanya said that He was having a very tough time and feared to complain over the debts because He is in the Jubilee administration hence no criticism.

The devolved Units which were first introduced in 2013 have been running smoothly for years untill 2017 when we started having problems.