By kenya.newszjunky.co.ke (self media writer) | 1 year ago 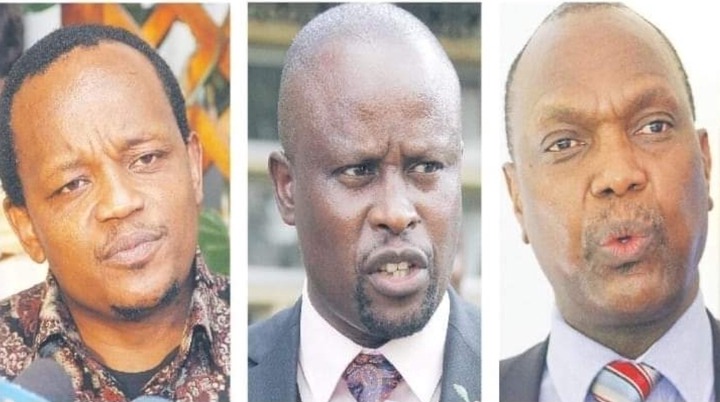 President Uhuru Kenyatta's Jubilee Party will from Thursday begin activities to revive the party after recent by election losses.

The party will host Ward representatives from six counties, the first in a series of meetings sharing that seek to puncture the popularity of Deputy President William Ruto's and hustler narrative.

Last week, leaders allied to Uhuru resolved to revamp the party Revolution for next year's election and have successes planned activities in eight regions.

In their maiden meeting to be held in Sagana, Nyeri county, the Youth legislators calling themselves Jubi- elderly reloaded seek to have at least two politicians from each ward in the counties of Kiambu, Murang'a, Kirinyaga, Nyeri, Lalikipia and Nyandarua into the forum.

The meetings will promote a lowing strategy dubbed "Wanjiku Revolution a slogan coined to challenge the hustler movement.

Through Wanjiku Revolution Capital, messaging. the proponents hope to to connect with the people and turn as around the fortunes of the ailing party.

Nyeri Town MP Ngunjiri Wambugu, who is one of the conveners, noted that they want to reach out to mama mbogas and boda boda riders and share their political opinion and the future of the country.

"We had given enough time to the hustler nation proponents. We are now taking the political war to their doorstep by going out and listening to the people and also share with them the successes of the Jubilee party" said Wambugu.

The team has developed a ten point document that they will be sharing with the people indicating what the government has achieved and link the ruling party to those success.

In the document, the Wanjiku Revolution team has captured the successes through improved health care, ongoing agriculture reforms in tea and coffee sectors and billions kieleweke worth of infrastructural projects across the coun try.

Other issues they have captured to counter UDA's Bottom-Up economic model are the bilons of shillings invested in Uwezo Fund, Youth Pund, cash transfer to the elderly and the Boda Boda Investment Scheme launched in October last year by President Kenyatta.

The scheme targets 14 million riders to save billions of shillings annually. The scheme was unveiled following the signing of an agreement between the Boda Boda Safety Association (BAK) and Capital Markets Authority, Rubis Energy and NABO Capital, Members were required to send Sh50 daily to the scheme as savings.

The riders were to benefit from a Sh3 discount for every litre of a fuel they buy at Rubis Energy, The amount would be channeled to the scheme as part of their savings.

"We want to get to the people and show them that the Bottom Up approach UDA is talking about is already in place and belng implemented under President Kenyatta's government," said Ngunjiri.

Kieni MP Kanini Kega said their plan was to showcase Jubilee sucesses and also ask people what are their priorities the government can still implement.

"We are now active more than ever after our good performance in Muguga ward and Kiambaa constituency by-elections. We are emboldened and will move across the Country to the people. We are unstoppable," sald Kega.

In the night meeting at Windsor Hotel, about 30 MPs from Jubilee's kieleweke wing agreed to reactivate the party through empowering of regional caucuses, women and youth groups, and special groups while re-engineering the popularity of the party.

The plan is to have causes in Mount Kenya, Rift Valley, Coast, Western, Eastern, North Eastern, Nairobi and Nyanza. It was agreed that the regions would work closely with youth and women caucuses to activate their respective bases.

Part of the resolution at the Winds or talks was to engage the public through town halls meetings and village barazas to get feedback and ideas to improve the party.

It was also agreed that over the next two weeks the president's party will organise forums in Nyeri, Murang'a. Kiambu, Kirinyaga and Nyandarua to consolidate what they have built.

"We will seek to politically expose Kenyans to markets opened, land titles given, hospitals established, electricity connected and how these are impacting ordinary Kenyans whether doing boda boda business or the mama mboga, youth, women and bus iness community, said Kioni.

He added: "We want to ensure Kenyans understand what the government has been doing for the poor and that it's done to be long term and sustainable and make it to be politically understood".

Jubilee party reloaded have also been mulling at changing the logo and colours of the party as part of their relaunch which insiders say is slated for October.