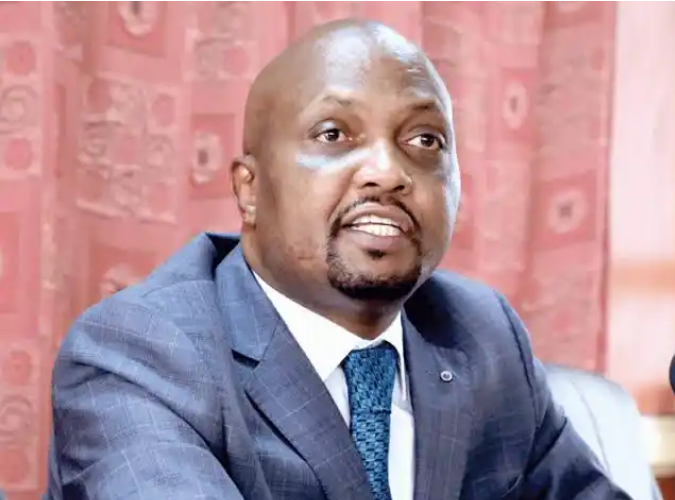 Gatundu South member of parliament and Chama Cha Kazi party leader Moses Kuria was not only unapologetic, but in fact, defiant, as he doubled down on his earlier comments where he demanded that any presidential candidate who was interested in getting the support of Mount Kenya should be ready to not only give them the Deputy President’s position, but also cede forty percent of the government which will be formed.

The Gatundu South member of parliament was speaking while making an appearance on KTN’s primetime show NewsHour, which was hosted by Ken Mijungu.

Mijungu, expressing his dismay, and what he declared, was also the dismay of many other Kenyans, enquired as to why Kuria and his team would demand for an entire forty percent of an incoming government, leaving the rest of the country to share the remaining sixty percent, and not to mention that all this is being added on top of the Deputy President’s seat, which he had also included as a non-negotiable demand.

Going back and drawing lessons from the pre-independence period, Kuria recalled the Legco era when the Central region was represented by Jomo Kenyatta, the Coastal region by Ronald Ngala, Ukambani by Paul Ngei, and so on and so forth.

He said that the job of these people was to make sure they drove the hardest bargain possible that would improve conditions in each of the areas they represented.

He said that instead of other regions being so fixated on what Central Kenya was doing, they should be busy also forwarding their demands that will compete against those demands already given by Central.

Arguing that the only way to challenge the forty percent demand by them would be to table figures from their own demands which would clearly outline why a forty percent demand won’t be able to be accommodated, he maintained it’s high time others also started speaking out.

His final stand was that so far, as things stood, there was no demand competing against theirs and so for that, they might even consider raising the forty percent to a hundred, since no one else seems interested.