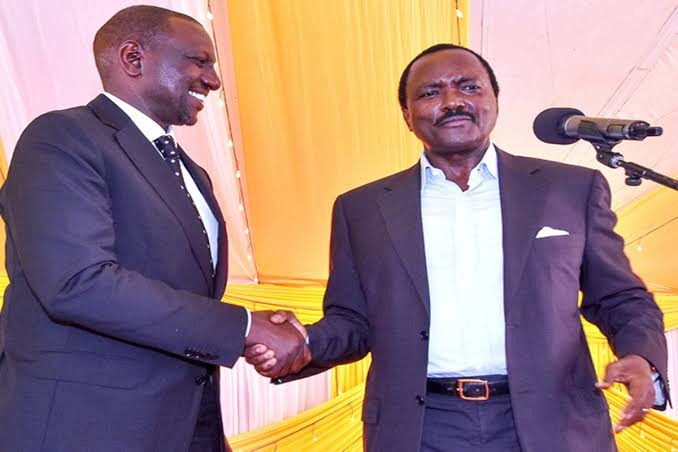 In a report via the People Daily, Kitui Governor Charity Ngilu is on the record informing that Kalonzo Musyoka's failure to unite with former Prime Minister Raila Odinga's Azimio is dragging the Akamba community behind alleging that it gives the Kikuyu's community a direct pass for Deputy President's post.

Charity Ngilu said, "There are all indications that Mt Kenya people are salivating for the running mate position that Kalonzo had under the Coalition for Democracy (Cord) and National Super Alliance, but we are asking that Kalonzo be given back this position under the Azimio coalition."

Kalonzo Musyoka, in reaction to the statements made by Charity Ngulu faulting him for allowing the Kikuyu's to take the position of the Deputy President inside the Azimio la Umoja coalition.

The Wiper Party Leader has fired back asking the Kitui Governor "Nani amekutuma kutoka Ukambani ili kumpigia Raila debe" translating to "Which Kamba people sent her to campaign for Raila."

"Others like Ngilu are telling me to join hands with Raila. Nani Amekutuma kutoka Ukambani ili kumpigia Raila debe? [Which Kamba people sent her to campaign for Raila?] I have no issues with my sister but on this let her shut her mouth,” said Kalonzo Musyoka.

Ruto Ally Storms Police Station, Claims His Personal Safety is at Risk And Harassment in His Home