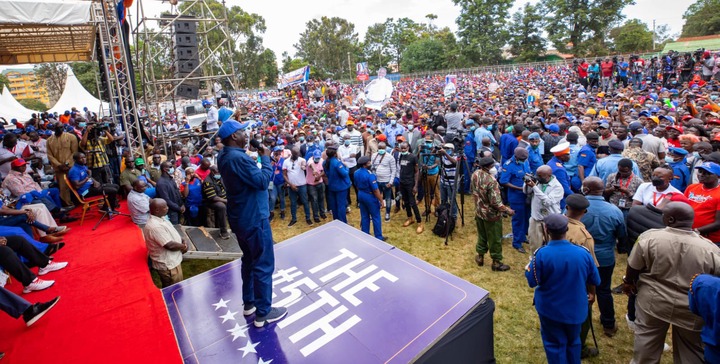 Though Raila's grant rally in Thika, Kiambu was deemed successful, top and grassroot leaders who spoke to the media have opened up on some of the lapses done by the Raila camp that saw them skip the hyped event.

Speaking to the media on why they missed the event, the MCAs alleged that they were neither invited nor involved in the preparation of the event. "Why would we attend a meeting where nobody will recognize you", an MCA who sought anonymity told People Daily.

Mr. Steve Ndicho said that he did not attend the rally because he was not involved in the preparations of the event."They should invite us next time," said Ndicho.

Following the revelation, camp Raila will be forced to rethink their campaigns and rally strategies. The MCAs said that they had no problem attending the rally but the way organizers planned it. Camp Raila should think about involving local leaders in such big events.

Twist as IEBC locks out Kalonzo from the Presidential race