Uhuru & Mt. Kenya Foundation Reportedly Give Up On 2 OKA Principals, Hatch A New Strategy Over 2022

By SiasaLeo (self media writer) | 12 days ago 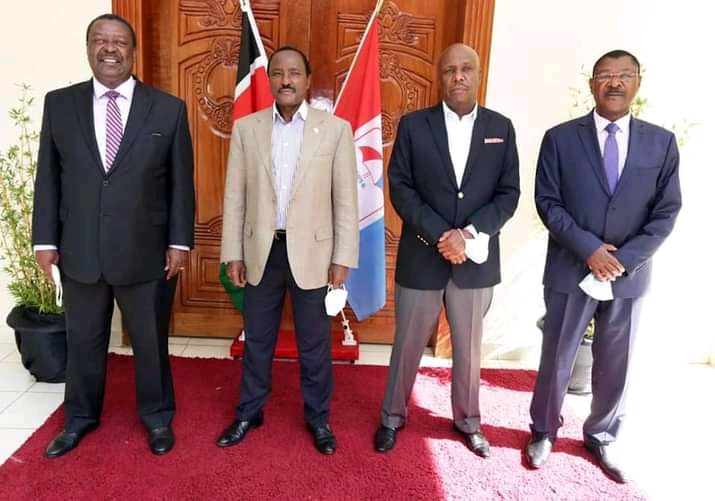 Mount Kenya foundation, a group of businessmen, opinion shapers, and political leaders drawn from the central part of Kenya, has reportedly given up on two OKA principals; Musalia Mudavadi and Moses Wetangula.

The group through the influence of President Uhuru Kenyatta had been pushing for a reunion between former NASA principals; Raila Odinga, Kalonzo Musyoka, Mudavadi, and Wetangula, they were reportedly pushing for a joint candidate to face off with deputy president William Ruto in the upcoming general elections.

However, ANC leader Musalia Mudavadi has been a hardliner and has repeatedly ruled out the possibility of working together with Raila or rather supporting his presidential bid.

The team has reportedly hatched a new strategy, to have a formidable force against Ruto, they have resorted to luring Gedion Moi and Kalonzo Musyoka to join forces with Raila, according to reliable sources, the foundation's members and president Uhuru Kenyatta's confidants have been secretly holding talks with Raila, Kalonzo, and Gedion after Mudavadi proved to be stubborn.

A possibility of a reunion between Raila and Kalonzo was evident during Wiper's NDC, where Raila was invited despite protests from ANC camp, Gedion Moi was also recorded affirming that Raila and OKA will soon join forces. 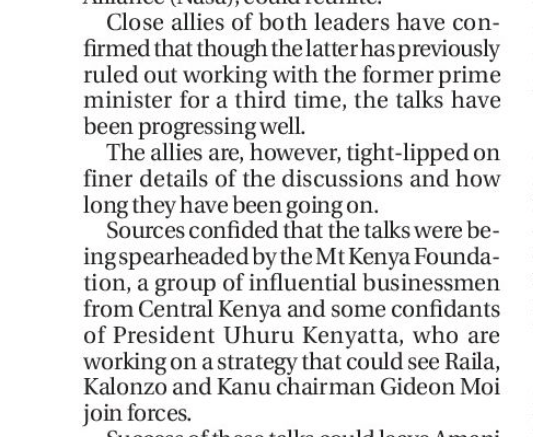