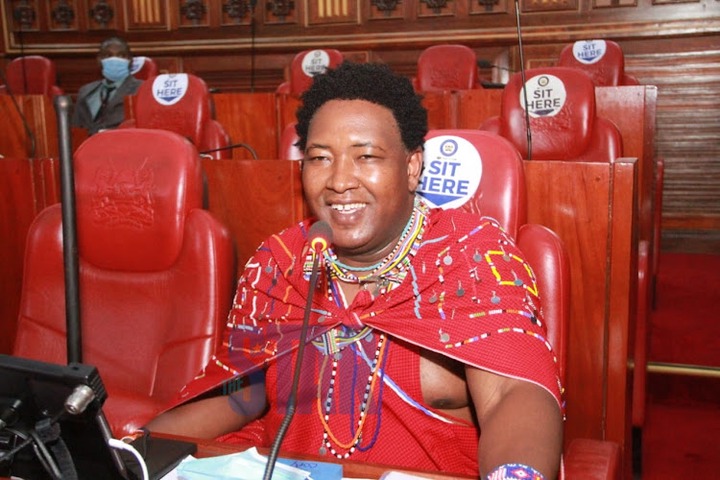 Ledama ole Kina, a senator from Narok, says that he would have been killed in the chaos at Bomas of Kenya before the presidential results were announced.

The lawmaker tweeted on Friday that he wouldn't be here if it weren't for the GSU officers who defended him.

Ledama remembered that William Ruto's supporters, most of whom were elected members of parliament at Bomas of Kenya, beat him up while chanting "Kill him, kill him."

On the evening of August 15, right before the results of the presidential election were to be announced, chaos broke out at the national tallying center at Bomas.

Ledama and other politicians who backed Raila Odinga for president of the Azimio party tried to stop IEBC chairperson Wafula Chebukati from announcing the results because they thought the results were rigged.

But the police and political allies of Ruto stopped them. In the end, Ruto was declared the winner. A video that went viral on social media shows Ledama coming up to Chebukati as he is sitting down. After some words were exchanged, the situation escalated into pushing, kicking, and fistfights.

Ledama is seen, at some point, pushing through a crowd of people in order to reach the exit at the auditorium's rear, where Chebukati and the other authorities have disappeared.

A mob of individuals tried to attack the senator with chairs and other implements of torture. His skull was struck by one of the chairs.

If it weren't for the GSU's protection, I probably would have been killed. We appreciate the National Police Service's help. Everyone who has contacted to see how I'm doing, you have my sincerest appreciation. " A statement by Ledama

On Wednesday, the head of the IEBC said that the incident had affected commissioners and slowed down voting in places where it hadn't already happened.

Fearful employees are "unable to report to the office for duties," Chebukati added. Regardless of their political beliefs, "we demand the arrest and conviction of these assailants," he said.

The elections for governor were supposed to take place on August 23 in Kakamega and Mombasa counties, as well as in four constituencies and two wards. However, the elections have been put off indefinitely.

KDFs Win 12 Out of 16 Awards In a Major Competition