A popular analyst has delivered terrible news to DP Ruto's camp, forecasting what will happen in the next months but before the elections. 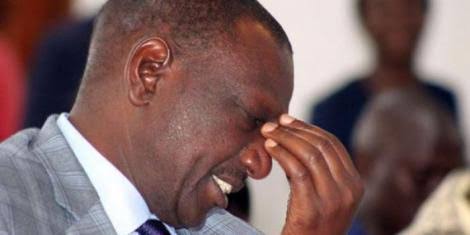 Ruto's crowd is likely to abandom him shortly, according to Herman Manyora, who posted on his YouTube account. Despite the fact that Ruto is currently the most popular candidate, Herman Manyora believes that if the election were held today, Ruto would win the presidency.

"A time is coming when Ruto's crowd will abandon him," reads a tweet from Herman Manyora.

Manyora believes that the dynamics will soon shift in favor of Raila Odinga, who is expected to announce his participation in the election on December 10th.

According to Herman Manyora, Ruto is expected to make some mistakes in the run-up to the elections, leading to the abandonment of his supporters.

Manyora claimed that the Husler story would be difficult to succeed for a variety of reasons.

Moses Kuria Hints At When He Will Retire As DP Ruto Calls An Urgent Meeting With Mt. Kenya MPs

"Don't Speak About Village Party" Ngirici Sends Message To DP Ruto, Reveals Her Stand Ahead Of 2022