The Only Community That Will Determine Kenya's Next President 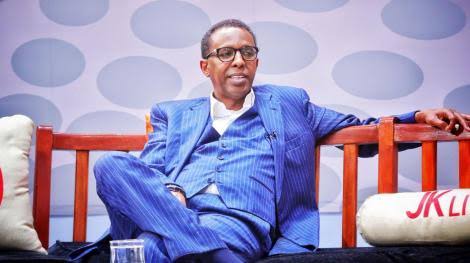 As 2022 comes near, different Kenyans including Kenya's deputy president and other leaders have shown interest in ruling the country when President Kenyatta's time expires.

Other leaders who have also indicated their interest in inheriting president Kenyatta's seat when he retires include; Dr. Alfred Mutua, Raila Odinga, Musalia Mudavadi and Baringo Senator; Gideon Moi.

The question remains; who will eventually succeed in leading Kenyans after 2022? Despite Ruto's popularity, his boss— president Uhuru Kenyatta — has appeared to be against his deputy and even of late, have indirectly asked him to step down if he feels dissatisfied by how the government is run. President Kenyatta in the recent past seemingly pledged to support Musalia Mudavadi for presidency.

However, according to the popular City Lawyer; AhmedNassir Abdullahi, there is one community that will determine who Kenya's next president will be.

Writing in his Twitter handle, AhmedNassir said residents of the former Central Kenya will be the determinants of Kenya's next leader. Most residents of Central Kenya are Kikuyu, and this could be the community he was referring to. 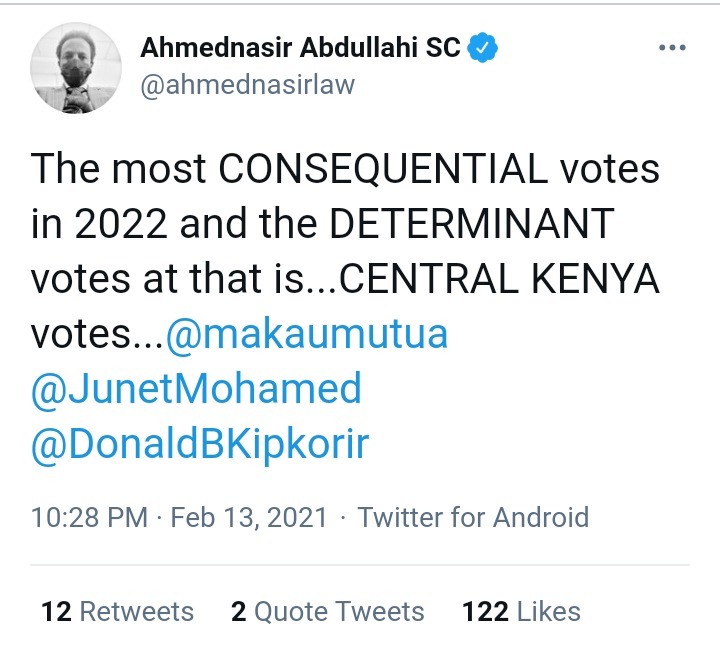 AhmedNassir Abdullahi Gideon Moi Kenya Kenyatta Musalia Mudavadi
Opera News is a free to use platform and the views and opinions expressed herein are solely those of the author and do not represent, reflect or express the views of Opera News. Any/all written content and images displayed are provided by the blogger/author, appear herein as submitted by the blogger/author and are unedited by Opera News. Opera News does not consent to nor does it condone the posting of any content that violates the rights (including the copyrights) of any third party, nor content that may malign, inter alia, any religion, ethnic group, organization, gender, company, or individual. Opera News furthermore does not condone the use of our platform for the purposes encouraging/endorsing hate speech, violation of human rights and/or utterances of a defamatory nature. If the content contained herein violates any of your rights, including those of copyright, and/or violates any the above mentioned factors, you are requested to immediately notify us using via the following email address operanews-external(at)opera.com and/or report the article using the available reporting functionality built into our Platform