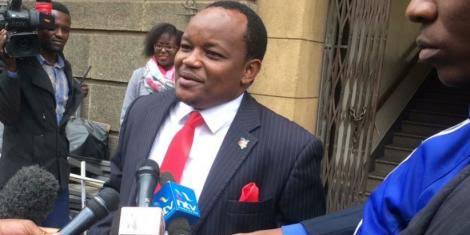 As of today, United Democratic Alliance candidates were within striking distance of winning a majority of seats across Mount Kenya region,from the foothills of Mount Kenya in Nyeri County to the highlands of Laikipia.

DP Ruto's opponents, including Amos Kimunya of Kipipiri and Kanini Kega of Kieni, were vanquished by Ruto's supporters.

And now, Duncan Maina of UDA has defeated Ngunjiri Wambugu of Jubilee party in Nyeri Town in Parliamentary contest.

Ngunjiri Wambugu is not new to Kenyans as he is known to be fiercest critic of Deputy President William Ruto. 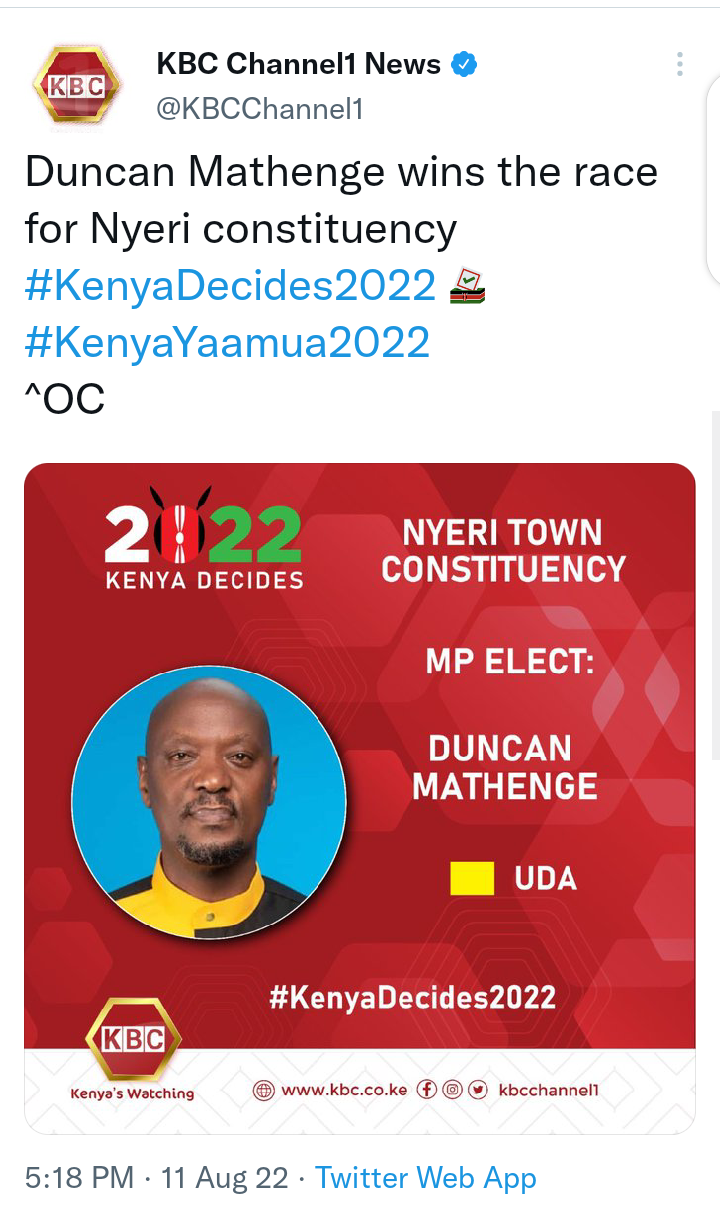 Dr. Ruto's running mate Rigathi Gachagua hails from the county of Nyeri, where voters traditionally have not re-elected sitting members of parliament,and Wambugu was no exception.

Both the Jubilee Party's Priscillah Nyokabi and the Narc Kenya candidate, Kabando wa Kabando, who were contesting for the Nyeri senate seat, have conceded.

Mr. Kabando was twice elected as a member of parliament for Mukurwe-ini, from 2007 until 2017, but he was not re-elected.

Ms. Nyokabi held the position of Woman Representative from 2013 until 2017.