By Curtis-Otieno (self media writer) | 6 months ago 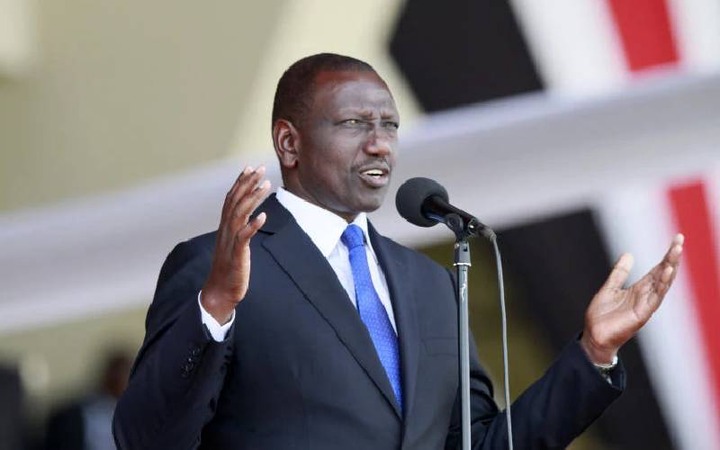 The party, which is being associated with Deputy President William Ruto, seems to have taken the region by storm, with more area leaders leaving the ruling Jubilee Party and joining it.

But North Imenti MP Rahim Dawood says that the popularity will be short lived, predicting that things will begin going south when Ruto finally names his running mate for the 2022 presidential race.

He has also rubbished the recent remarks from Ruto allies that all leaders from Central Kenya will soon be joining Ruto, terming it a strategy to force Uhuru's lieutenants into embracing UDA and Ruto.

“They (defections) are not a pointer to anything. Voters will support their preferred candidate irrespective of the party they are in. They will start moving back to Jubilee and there will be a fallout in UDA when Ruto picks a running mate," he told the Daily Nation on Sunday. 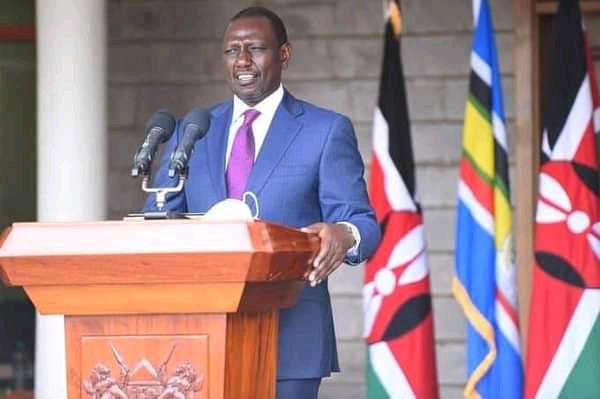 Ruto has continued to welcome more former Uhuru allies into his party, one that is now seen as the outfit he will be using in his bid to capture the presidency and replace the outgoing Uhuru in 2022.

He has also succeeded in wooing leaders who were initially in the camps of other top leaders, including ODM leader Raila Odinga whose former allies like Turkana governor Josphat Nanok and Malindi MP Aisha Jumwa have joined in.

Ruto, however, is still facing some opposition in his Rift Valley backyard, with some area leaders refusing to play ball and remaining rebellious.

The paper has established that he has dispatched elders to attempt and convince some of these politicians to join him, so as not to jeopardise his presidential ambitions.

For those unwilling to come on board, an MP allied to him told the paper, they will be dealt with the hard way. 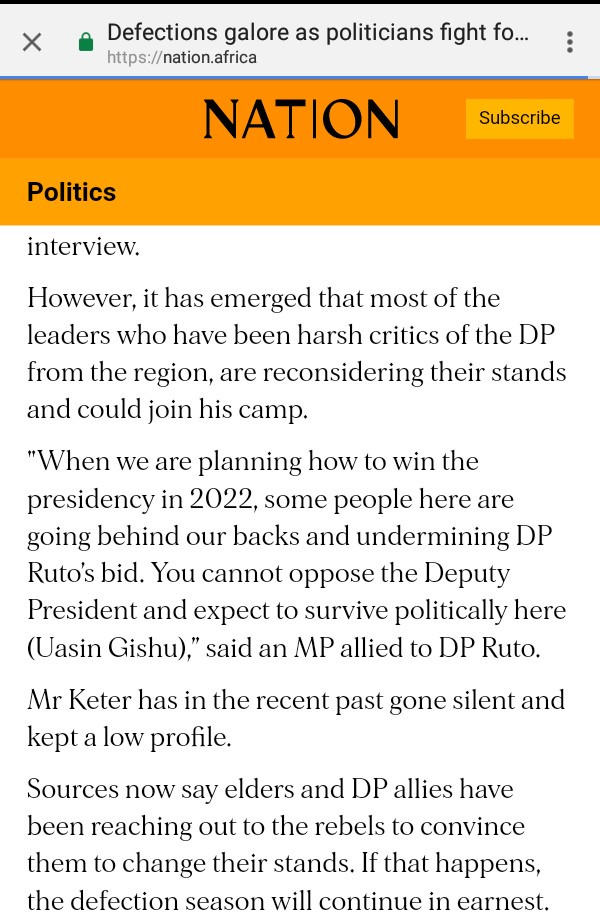 "When we are planning how to win the presidency in 2022, some people here are going behind our backs and undermining DP Ruto’s bid. You cannot oppose the Deputy President and expect to survive politically here (Uasin Gishu),” the lawmaker is quoted.