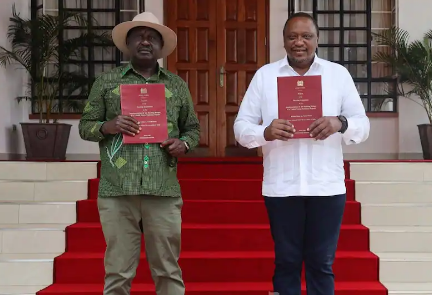 Lawyer Morara Omoke has joined other BBI proponents in seeking clarification at the Supreme Court following the August 20th judgement by the Court of Appeal that the BBI process was unconstitutional.

Omoke seeks to have the judges of the Supreme determine whether the Constitution under Article 257-10 requires the amendments to be treated as a form of separate referendum questions or multiple questions which will be subjected to a single referendum ballot paper.

The Court of Appeal ruled out that the BBI had 74 amendments and that the proponents should have submitted each amendment as a bill.

As quoted by the Nation, Omoke argues that a single question for each of the proposed amendment is better as people will have a clear picture of the exact issue compared to a bill that proposes multiple changes.

He adds that public participation has been envisioned in the Constitution as allowing the public to participate in a referendum process.

He claims that an omnibus bill restricts the principles of election, stating that Articles 257-10 and 38-3 bestows every voter to make own decision at the referendum without any restriction. 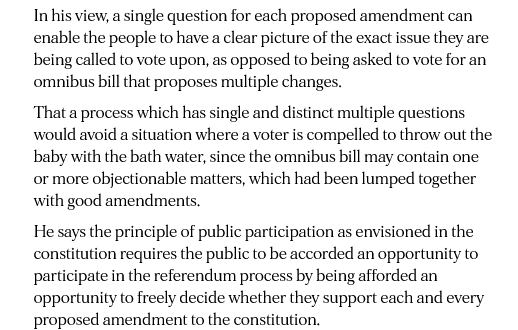