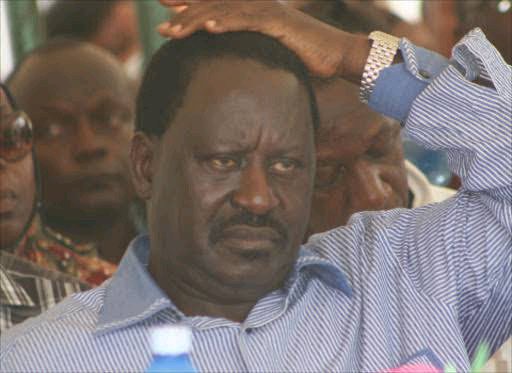 It is alleged that the Bungoma Senator Moses Wetang'ula in January 2021 reportedly invited 3 Greeks to Kenya to discuss investment opportunities but it has emerged that 9 months later, the same Greeks landed a lucrative tender from IEBC via their company which is call Inform Lykos (Hellas) SA Holdings. It is reported that the Greek firm was in October 2021 awarded a Sh2 billion tender by the electoral body to print election ballots.

It has also emerged that the Deputy President William Ruto's camp is allegedly banking on its close relationship with the ballot printers in Greece to steal the August 9 General Election via ballot stuffing.

It has emerged that the Azimio La Umoja One Kenya coalition received intelligence on how printed electoral materials will allegedly be smuggled into Kenya via Kenya-Uganda border in Bungoma with the help of rogue officials. Junet Mohamed claimed that this is a plot to rig the election as the printed ballots will be used in stuffing in favor of Ruto.

It is alleged that election rigging was plotted after Senator Wetang'ula invited Awa David Anderson, Antonio Ramon Fernandez and Gkrekis Konstantinos to Kenya for a week last year and their company was later offered tender to print ballots. 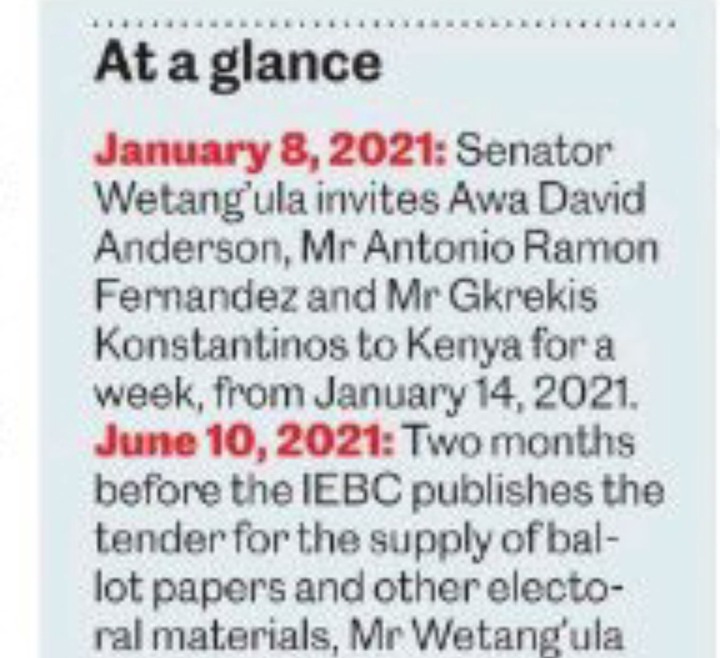