In a news report that has been shared by a reliable source of information, it has been revealed that Martha Karua who took to her different social media accounts to express her opinion and suggestions on the matter has claimed that they are going to use all they have stating that everyone knows how the IEBC is supposed to work.

Responding to this, a number of politicians who are allied to the deputy president of Kenya have called out the former prime Minister of Kenya for not conceding. According to the reports given by most Kenyans, they claimed that it was so unfortunate that the he is yet to concede.

According to the reports given by most Kenyans, they claimed that it was so unfortunate that most politicians often engage in unnecessary political attacks in their different social media accounts to express their opinions and suggestions instead of doing the right thing by moving to court. 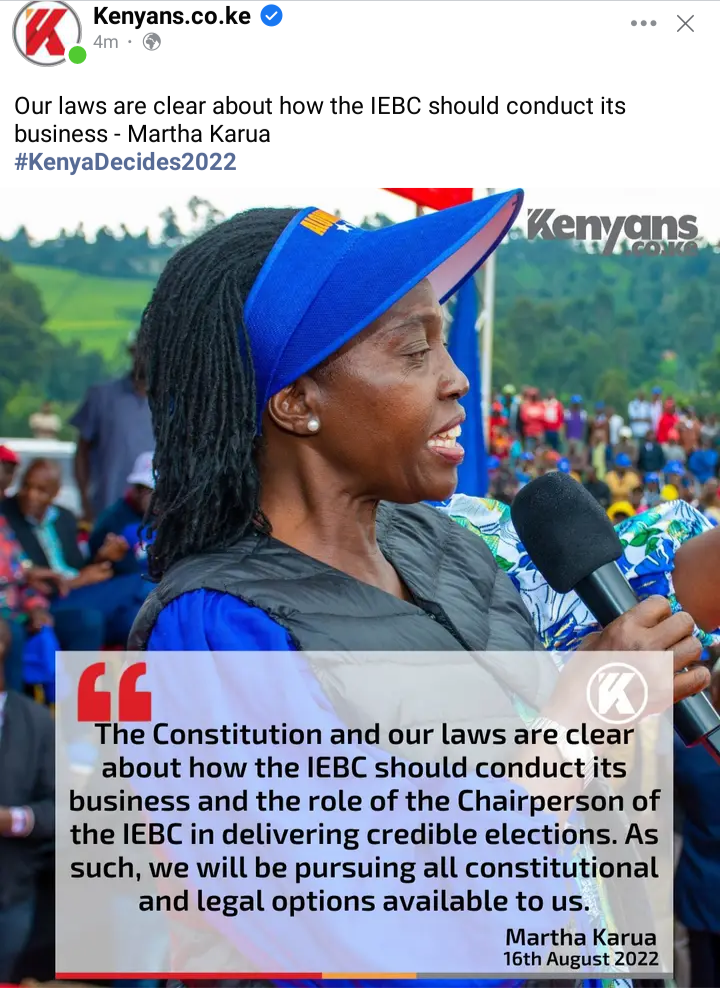 Nyanza People Urged Not To Be In A Hurry To Chose Kingpin After Hon. Raila Odinga