Trans Nzoia County Gubernatorial Race: The race is likely going to be between these two Candidates. 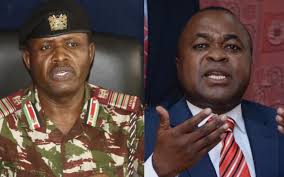 Trans Nzoia county is one of the forty seven counties that were created in 2010 after the promulgation of the new constitution in the country. The county is well known for producing and other agricultural products in the country and it commonly dominated by the Luhya community and Saboat.

In terms of politics, Trans Nzoia county is a stronghold of Ford Kenya party under the leadership of Bungoma county Senator Moses Masika Wetang'ula. As we approach the August general elections, many politicians and businessmen have already declared their interests to succeed the outgoing governor Patrick Khaemba who is serving his last constitutional term. 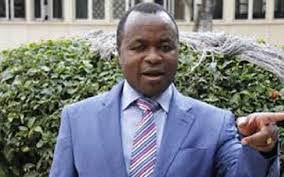 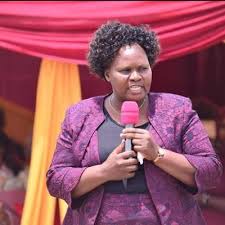 From the current political activities and alignments in Trans Nzoia county, the race to succeed the outgoing governor Patrick Khaemba is likely going to be tough between George Natembeya and Kiminini Member of Parliament Chris Wamalwa. The two candidates have been crisscrossing the county to popularize their different gubernatorial bids. 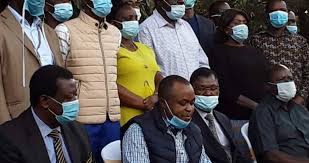 Kiminini Member of Parliament Chris Wamalwa is considered to be a serious competitor in the race because of his close relationship with Ford Kenya party leader Moses Wetang'ula. The outgoing governor Patrick Khaemba was elected to office through Ford Kenya and the chances of the party retaining the seat are very high. In addition to that, Hon. Chris Wamalwa has been a very vocal legislator and his impressive development records will also boost his chances. 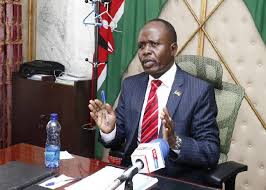 On the other hand, George Natembeya has been commonly known for his toughness when dealing with insecurity issues. The long serving government servant is a very determined leader in the service and he is likely going to pose a strong competition to other aspirants. In addition to that, Natembeya enjoys the support of the current Defense Cabinet Secretary Eugene Wamalwa. May the best candidate win 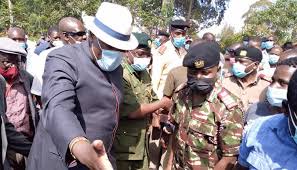