By FinestNews.Com (self media writer) | 18 days ago

Just a few hours later after Kenyans raised concern about the Elgeyo Marakwet Honorable Kipchumba Murkomen's silence on social media and his absence in the Deputy President William Ruto's important functions, the Senator stormed out on twitter to criticize President Uhuru Kenyatta's government after the 2017 general elections. 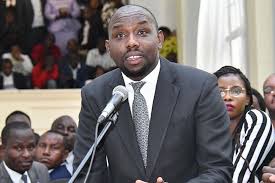 According to Senator Murkomen, the former Rift Valley province has remained behind compared to other regions due to the politics of ethnicity. Retweeting one of the tweets, Murkomen wrote, "Very sad for a President who was elected on a platform of national unity to become so parochial especially against the people who voted for him 4 times."

It is alleged that some of the very important projects in the region were deliberately cancelled by Jubilee Government after the differences between the President and his Deputy emerged. This included the building of Aror and Kimwarer dams which could be used to avert the drought challenges to the farmers who largely depend on the rain seasons for farming. 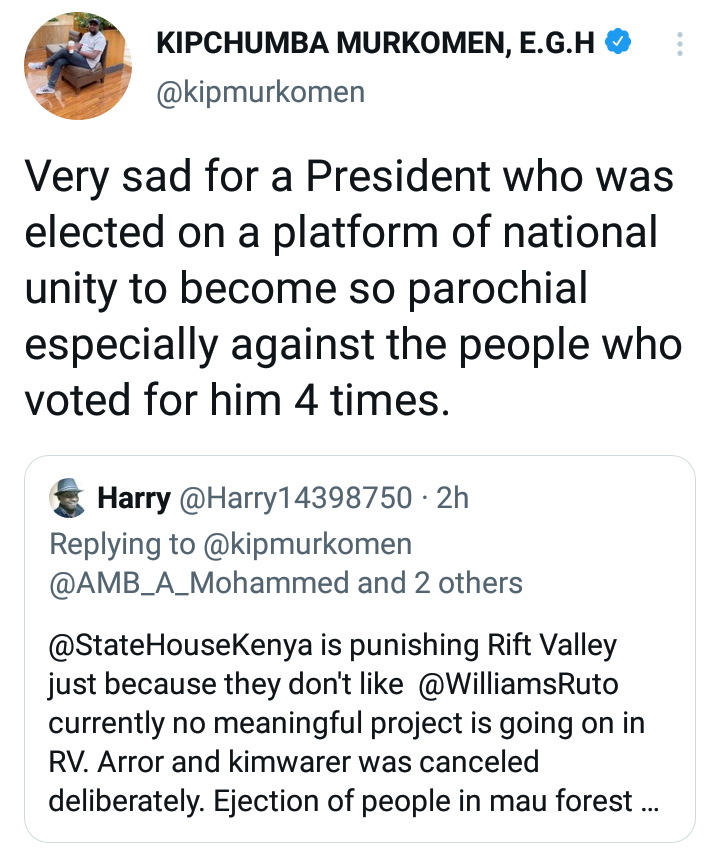 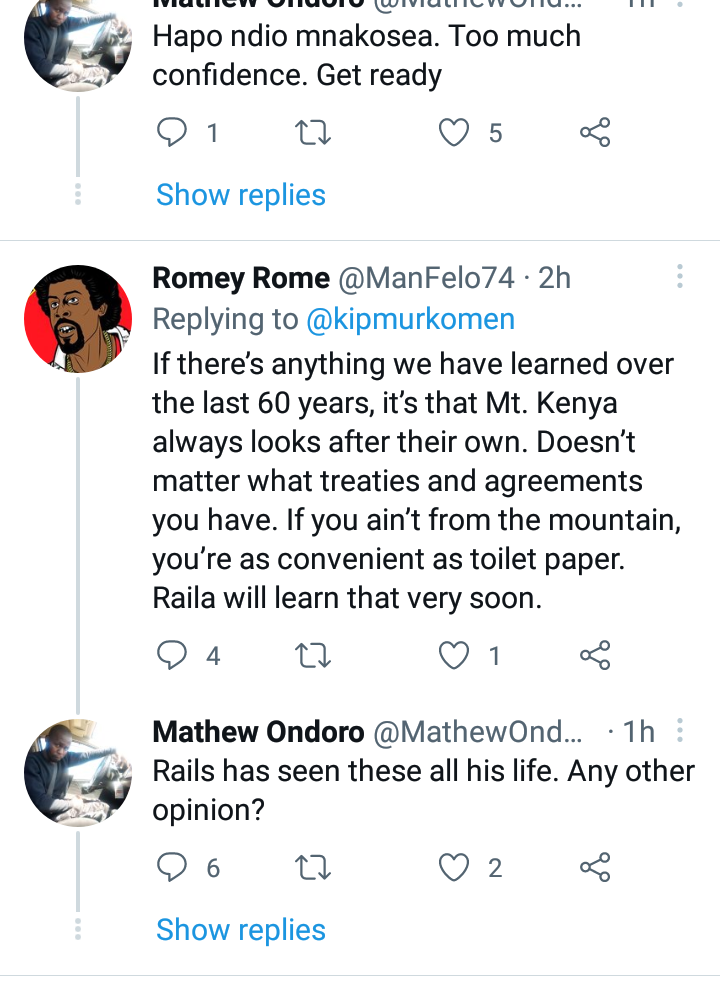 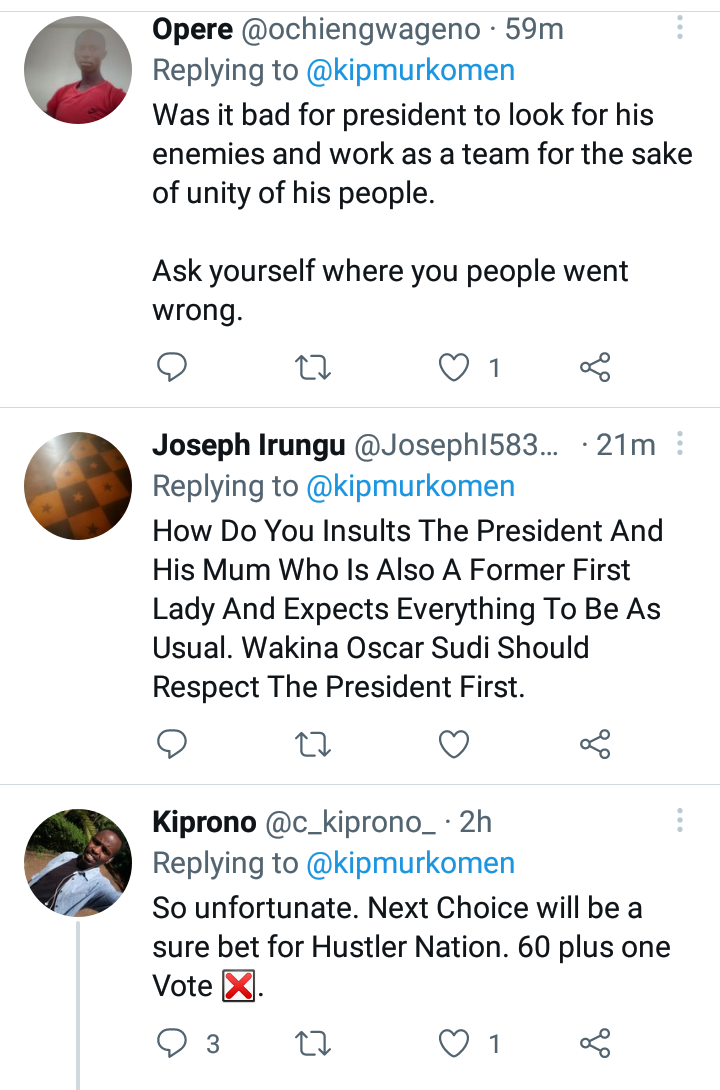 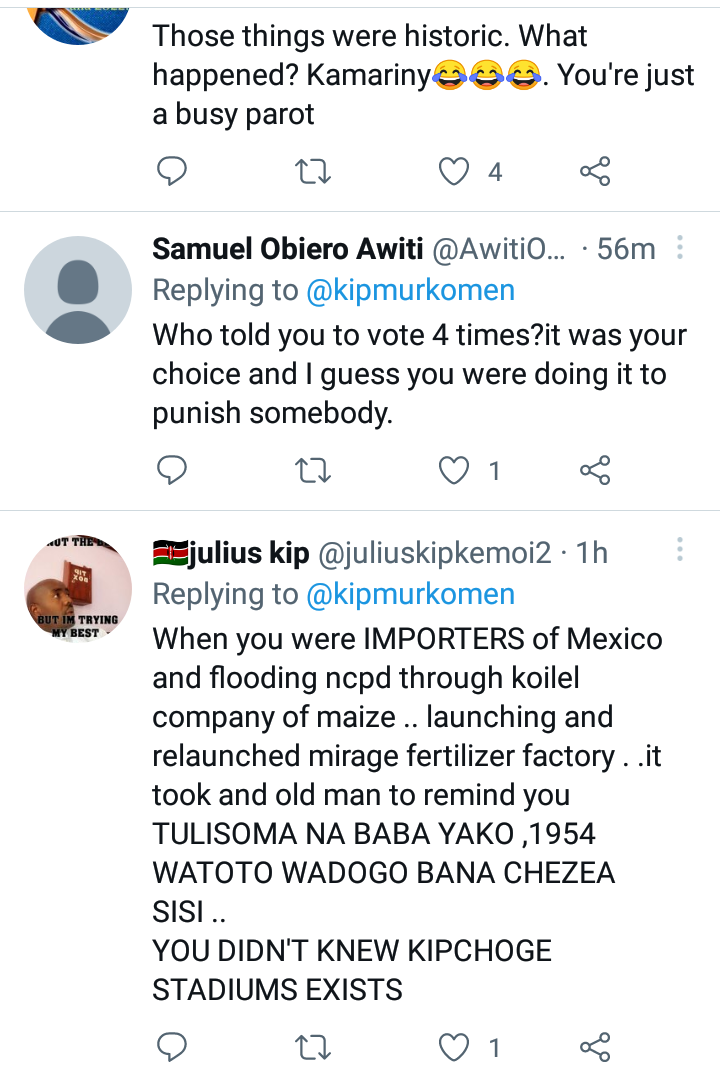 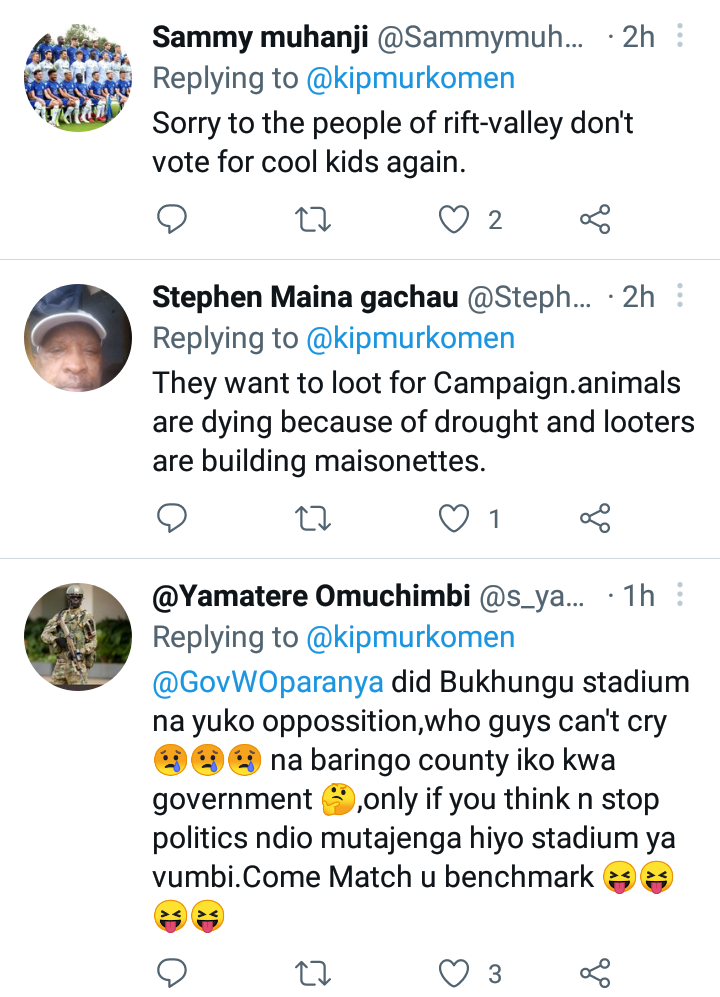