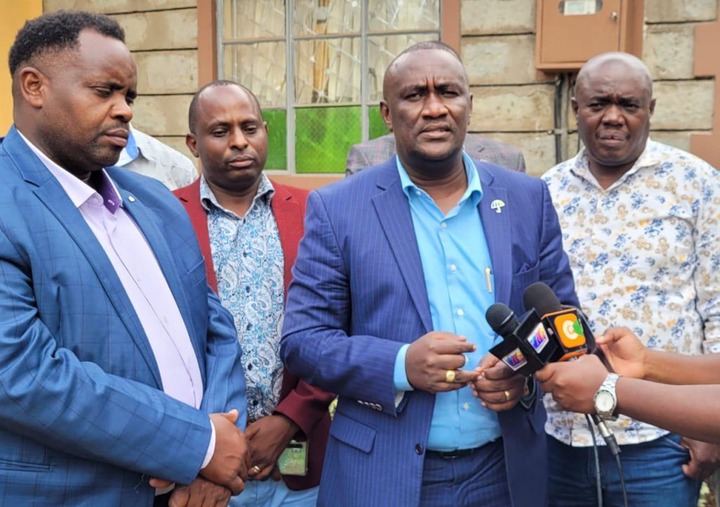 After it emerged on Friday evening that the Wiper party leader Kalonzo Musyoka had been disqualified from the presidential race by the IEBC, a section of his allies and Party officials have protested the move.

The leaders now claim that the party submitted all the requirements needed to clear Kalonzo is the race to succeed President Uhuru Kenyatta, despite reports that his name was excluded from the list of aspirants who will be going for the last round of clearance since the party did not submit the signatures in an excel format.

Speaking on Saturday with KTN News, Matungulu member of Parliament Stephen Mule affirmed that the party had done all is required by IEBC from all presidential candidates.

He argued that they are wondering why Kalonzo's name is missing in the list of 16 aspirants who will be appearing before IEBC's chairman Wafula Chebukati for the last round of nominations.

"All what is required for any Kenyan to contest as a president for Dr Kalonzo Musyoka is 100 per cent fulfilled. The mandate which lies with the Wiper party has been met," said Mule.

"As a party, we had to fulfill all the requirements for Kalonzo to go for the presidency after being given a mandate during the National Delegates Conference, and the mandate was very clear, 'run for the presidency."

According to the party's secretary general Shakilla Abdalla, the party's NEB has sought answers from IEBC on what happened that Kalonzo is not on the list. 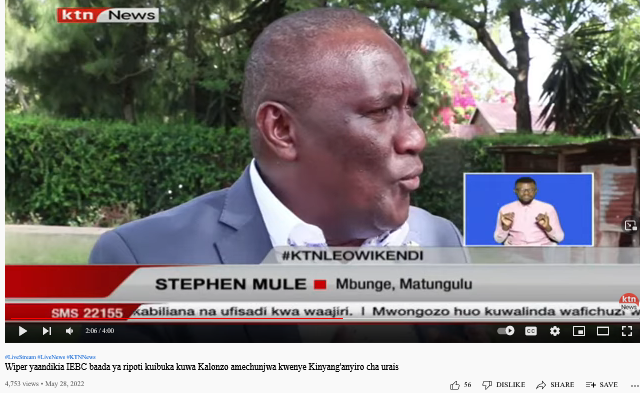