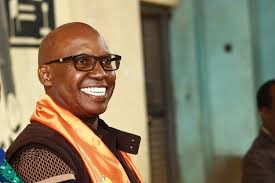 Businessman Jimi Wanjigi has today appeared before Milimani law court after spending last night under police custody, the businessman/politician who is eyeing the presidential seat come August general elections in an Orange Democratic Movement party ticket saw his Kwacha Group of Companies offices in Westlands, Nairobi raided by Anti-terror Police Unit (APTU) officers on Tuesday and he was later arrested after long standoff with the officers.

Appearing at the Milimani Law Courts on Wednesday, Wanjigi's lawyer Willis Otieno, revealed that the officers who were deployed to arrest Jimi on Tueday broke into his office causing extensive damage. “They broke into the office and caused damage to property worth more than Ksh.10 million. We are still doing assessments to come up with the exact figure." Otieno told the court.

He went ahead to claim that the arrest was unconstitutional because there was a restraining order in place that barred the arrest and prosecution of the businessman. “The IG and the DPP are restrained to that extent it is an abuse to your time and the court process… I do pray that we all convert ourselves to law-abiding citizens and officers of the Kenyan state and obey the orders of the high court." Otieno stated.