According to the Celebrated Lawyer, he has informed that what DP Ruto has been doing, he and his cohorts have been obtaining from taxpayers by pretense.

The Lawyer has said that DP Ruto's intent to remain in government has a hidden agenda over his contentious behavior to swindle public funds.

"DP Ruto and UDA cohorts are obtaining from us (taxpayers) by pretense as they allege not being in government. If Ruto is a democrat and he believes that his agenda was sabotaged, why is he still in government?" Advocate Ndegwa Njiru has said. 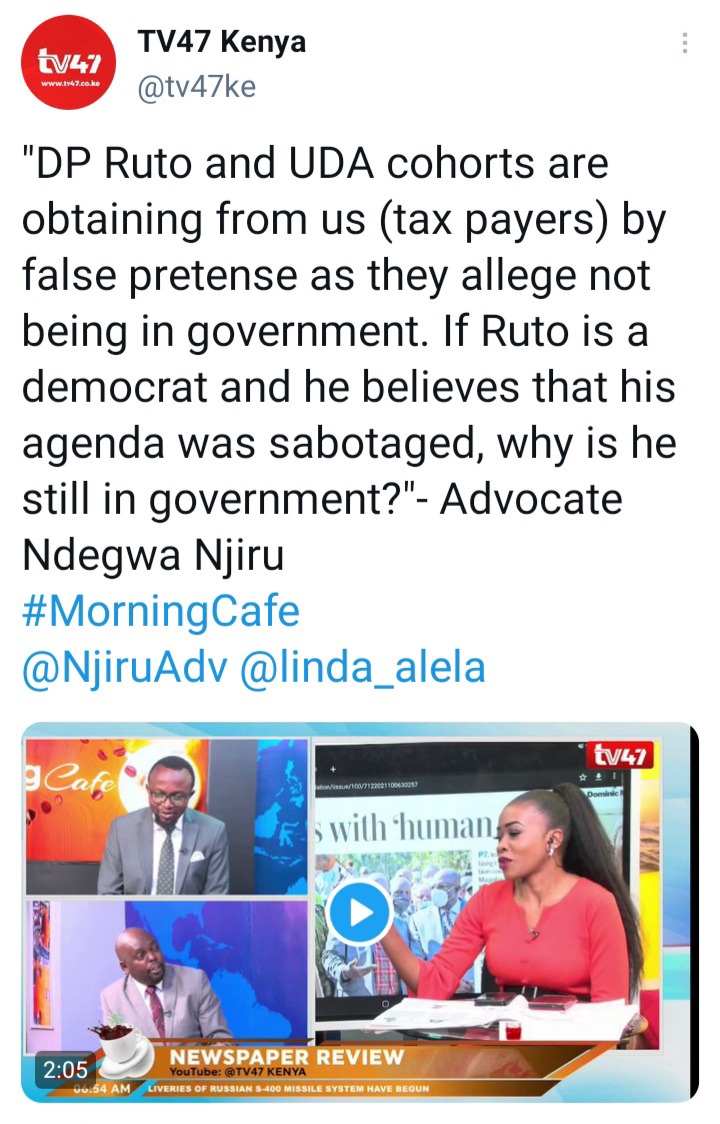 "He who comes to equity must come with clean hands so if DP Ruto is to talk about obeying court orders, he should demonstrate that by obeying the court order to return Muteshi's land," High Court Advocate, Lawyer Ndegwa Njiru has added. 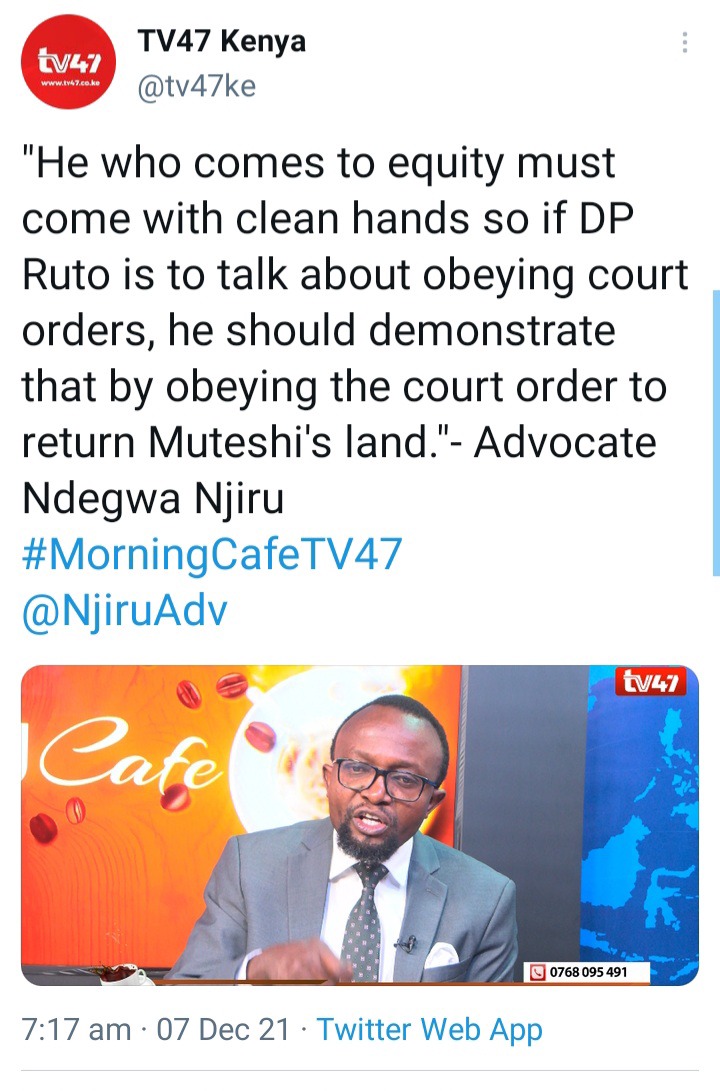 Lawyer Ndegwa has also been on the record informing that comparing Deputy President William Ruto he is very much sure that ce 2022 the Second in Command will not make it to the presidency making it clear that he supports Raila Odinga as the fifth.