Updates: Anne Kananu Sworn in as Nairobi Governor; Here is her Message to Mike Sonko, Kidero 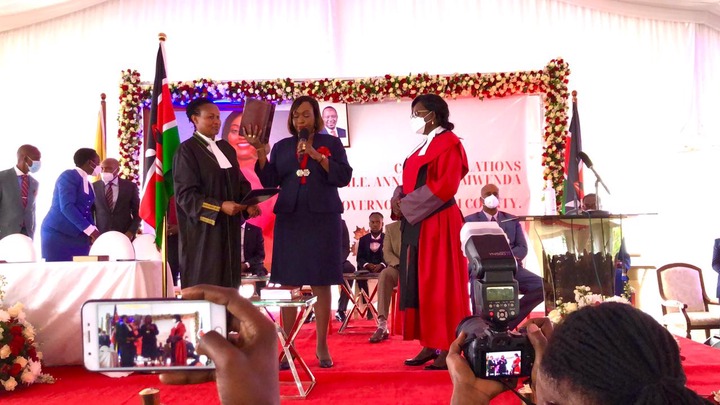 Nairobi county is now under the leadership of Anne Kananu Mwenda after having taken over the leader's of the county on Tuesday morning.

The oath of office was administered on Tuesday at the COMESA grounds at the Kenyattas International Convention Centre (KICC) in a ceremony which was presided over by Lady Justice Lilian Mutende.

She has sent a message of goodwill to the former Governors both Mike Mbuvi Sonko and also Dr Evans Kidero for having steered the county to the point at which it is. 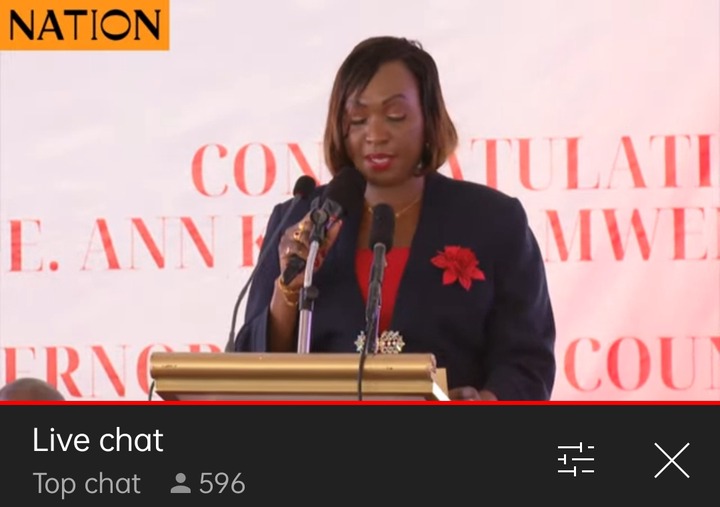 "To my predecessor, thank you for the far that you have brought this city, I know with the support of the people and the government of the Head of State president Uhuru Kenyatta, I am competent enough."Anne Kananu Mwenda noted.

Nairobi had been without a governor for a period of close to two years after Mike Sonko was impeached by the Members of County Assembly.Taking the Oath, Kananu promised to diligently serve the citizens of Nairobi.

She takes over after a petition by Mike Mbuvi Sonko was thrown out by the Supremes Court. Before his petition was thrown out, Sonko had filed an affidavit on October 22, 2021, the day of the ruling by the Court of Appeal, seeking for a temporary order of injunction pending the hearing and determination of an appeal against the ruling and order by the Court of Appeal on October 22, 2021 paving the way for swearing in of Kananu.

Murathe Comes Clean on Succession Politics; Reveals What Uhuru will Immediately do if Ruto Wins-VIDE

The Highest And Tallest Waterfall In Kenya