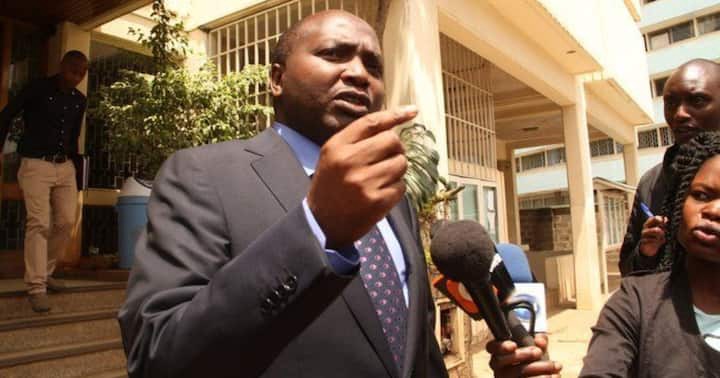 The cold reception of Raila Odinga in Meru town yesterday is still causing anger among some of Mr Odinga's loyalists. While a number of political pundits from all political divides condemned the heckling of Mr Odinga by some residents, it has emerged that Donald Kipkorir wants an official condemnation message from UDA party to their supporters.

In his official Twitter handle, the seemingly angry lawyer noted that he is 'still waiting' for the UDA party to condemn the residents responsible for the heckling of the ODM leader during his tour in Meru, Tharaka Nithi, and Embu counties.

"Still waiting for UDA leadership & propaganda unit to condemn the hooligans who tried to disrupt Baba’s visit in Meru, Tharaka Nithi & Embu Counties. Or it is only hooliganism when against Baba’s rivals? Baba’s enemies shouldn’t for a moment think they’ve monopoly of disruption," wrote Donald Kipkorir in his Twitter handle. 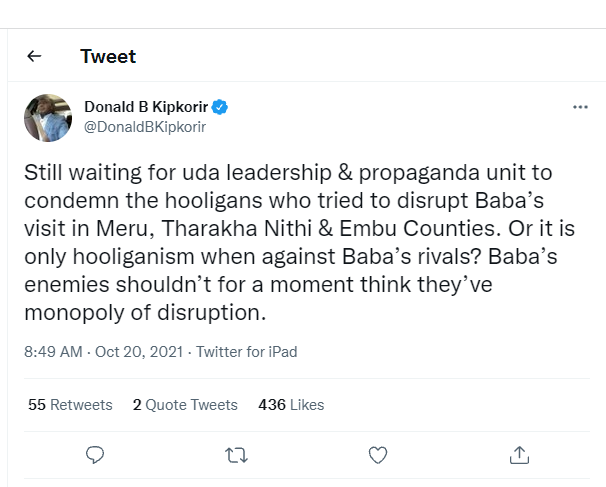 Based on the short clips shared on social media on Tuesday, residents most of whom were youth could be seen shouting Ruto and UDA slogans while Raila Odinga tried to pass his message to the citizens while in Meru town.

Notably, some UDA and Ruto's close allies have condemned the action by the residents. Reacting to the move, Dennis Itumbi for instance, tweeted asking the citizens to allow political leaders to market their manifestos even when they do not agree with them.