Ruto Makes Public What He's Doing With Most of The Governors, Tells Why It's Done Secretly 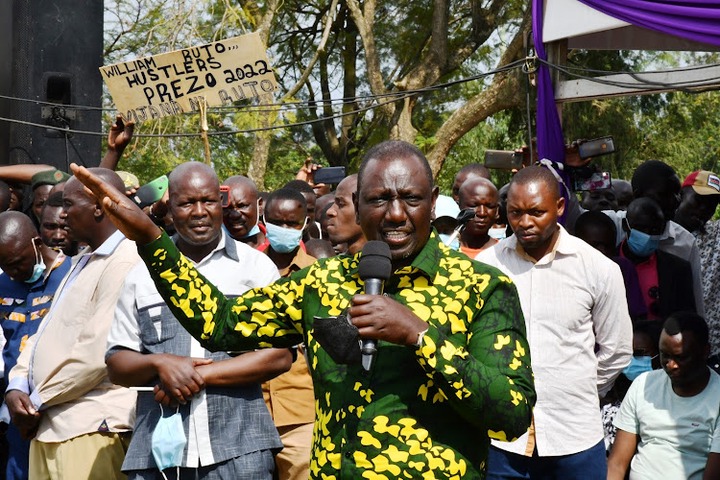 Deputy President William Ruto has lifted the lid on his alleged secret dealings with most of the country's governors ahead of next year's general elections.

The DP on Monday hinted that most of the county bosses support him and are working with him but have opted to do it secretly after realizing that the state is keenly watching them.

He stated that the county bosses have decided to work with him while hidden, afraid of harassment from government for associating with him, now that he has fallen out of favour with the government.

He spoke while bashing the state for using the judicial system and security agencies to fight him politically in favour of one of his opponents who has the backing of President Uhuru Kenyatta's leadership.

"This system of using the judicial system to fight political wars in the guise of fighting corruption is a scheme being hatched by our competitors to scare those who want to join us," he said in Nyeri County as is quoted by The Standard.

He further suggested that the governors already facing corruption cases could be in his camp and the graft allegations heaped on them are intended to scare them away and manipulate their support.

He termed it wrong for the state to use the DCI and EACC to settle political scores, terming this one of the things that will never be seen again if he wins.

"My administration will never use the judicial system to settle political scores under the guise of fighting corruption," added Ruto, who's fallen out with Uhuru.

He asked his opponents to cease using the courts to fight his presidency and instead work on policies that can help their preffered candidate win the seat.

He has since bagged Nyeri governor Mutahi Kahiga, who now joins Anne Waiguru of Kirinyaga in the Hustler Movement.

Popular Blogger Alleges Ruto and Mudavadi's Words Contradicted Each Other