This is Why Aisha Jumwa separated with his first husband 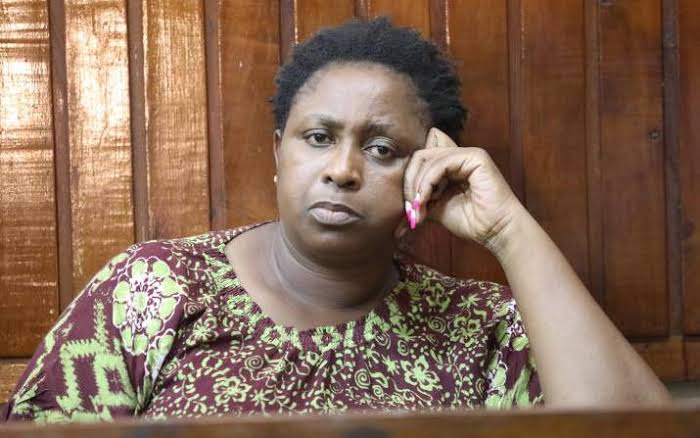 Aisha Jumwa has been married twice. Most recently, she had been married to her fellow politician Karisa Nzai Munyika whom they met in the 2000s.

The couple separated in the year 2014 shortly after Jumwa had been elected as the woman representative for Kilifi County in the 2013 general election, and Munyika elected as the MCA representative of the Jomvu ward in Mombasa. The couple had been together for about nine years, and they had been blessed with a daughter. Jumwa had two other children from her first marriage in which the name of her first husband is not mentioned.

It is speculated that their relationship collapsed when Jumwa was elected the woman representative for the whole Kilifi county while Karisa Nzai was elected as the Jomvu ward Mca.

In the case of her first marriage, Jumwa had returned back the dowry to her inlaws via the area sub-chief after her then-husband said so if she was not going to keep off politics. The dowry was said to consist of goats, cows, and Kshs. 20,000 cash, which Jumwa paid fully. Karisa Nzai, who contested for Jomvu constituency in 2017, chose to hold his tongue and not to utter any words regarding their separation. Aisha Jumwa is the mother of three.

Content created and supplied by: benayoun999 (via Opera News )