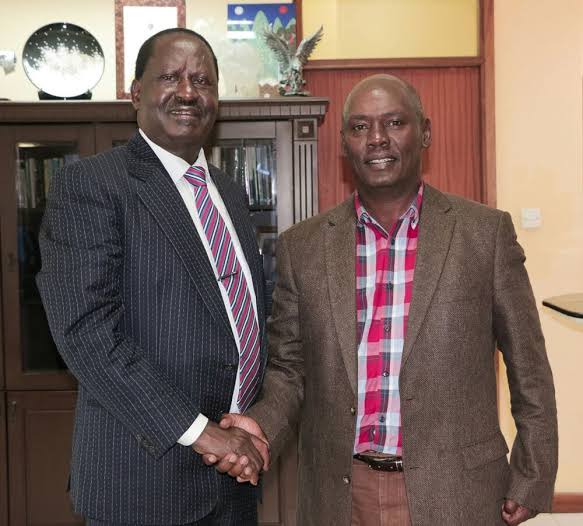 Mount Kenya Foundation a group of wealthy Classmen from President Uhuru Kenyatta's backyard playing a crucial role in planning his succession has finally identified who will deputize Raila Odinga in 2022 from the vote-rich bloc as names revealed.

It has been established that the Mt Kenya Foundation has settled on former presidential aspirant Hon Peter Kenneth as the best leader fit to Deputize Raila Odinga in ensuring that Uhuru's succession is complete. 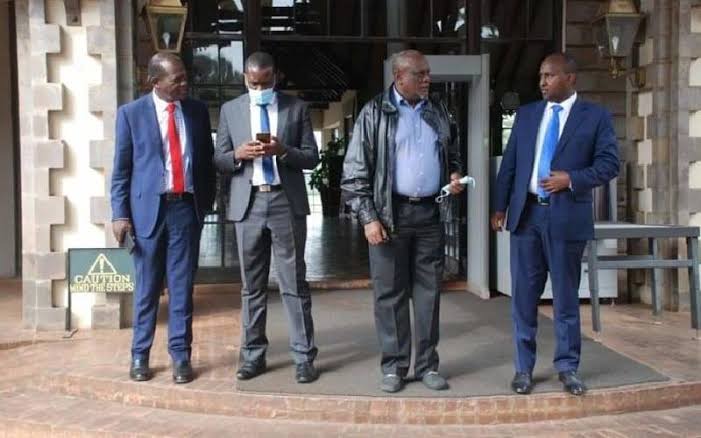 According to the reports, Peter Kenneth has also received the support of Jubilee party top leadership led by Vice-Chairman David Murathe and who feels that it is now time to reward the people of Murang'a saying that for the region "it has neither produced a president nor a deputy president despite the significant role it has played in the country’s history" as quoted in People Daily.

Nominated Member of Parliament Hon Maina Kamanda has also confirmed that they will be getting Raila Odinga's running mate from Muranga county where Peter Kenneth[Gatanga] hails from.

However, despite the move, the group planning for President Uhuru's succession has received criticism from DP Ruto and allies and who have informed that Kenyans should be allowed to vote for their next leader. 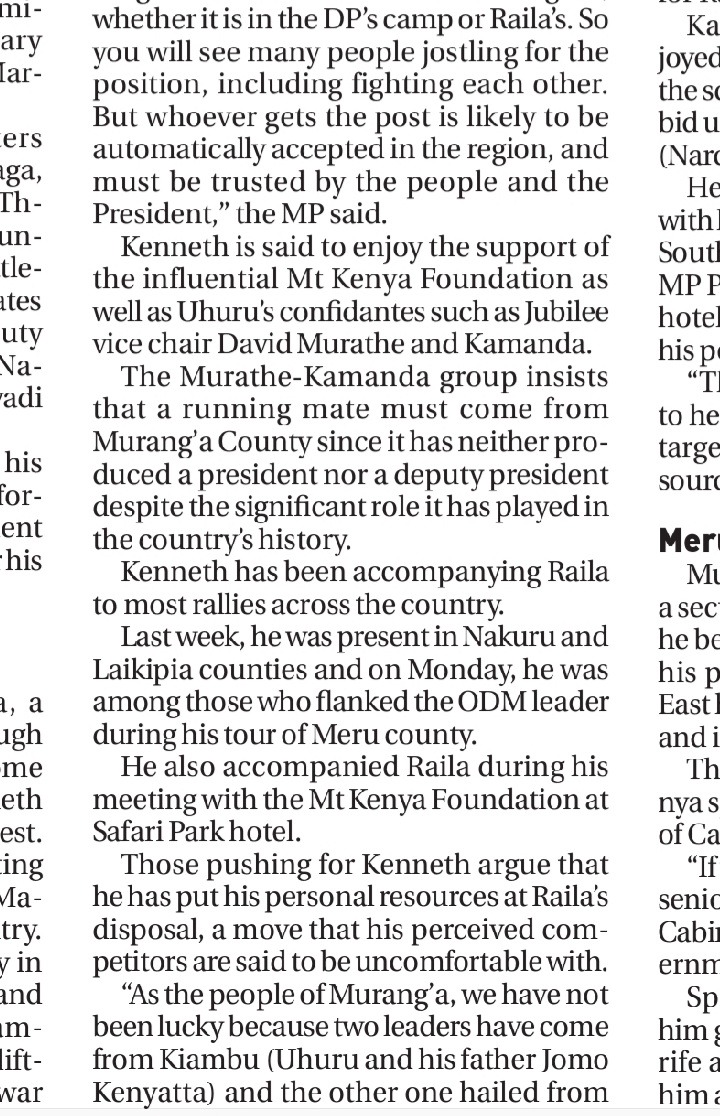