Is MP Gathoni Wamuchomba On Her Way for Tangatanga? Hint Emerge

By Wilson_Nganga (self meida writer) | 1 months

"Politics is the game of numbers and Numbers don't lie". This is the belief by the Kiambu Women Representative, Honorable Gathoni Wamuchomba, after the Hustler nation Candidates George Koimburi, emerged as the winner of the Juja Constituency by-elections. 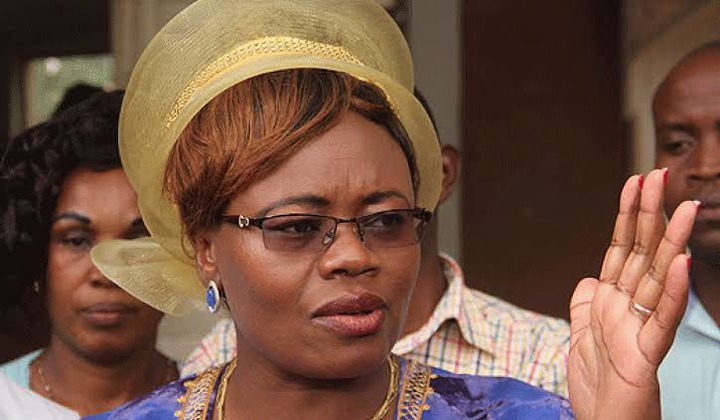 MP Gathoni was speaking through a letter to the media which was subject to immediate release today, 19th May, 2021. She was reacting in an acceptance of defeat after Jubilee Candidates for the position lost to the People's Empowerment Candidate, George Koimburi.

According to Wamuchomba, however good the agendas for their, Jubilee, candidate was, the people of Juja have considered it with that of Koimburi and have eventually spoken in unison to have him as their leader.

She congratulated him for the victory alongside his party leader, MP for Gatundu South Constituency, Him Moses Kuria for the effort put. 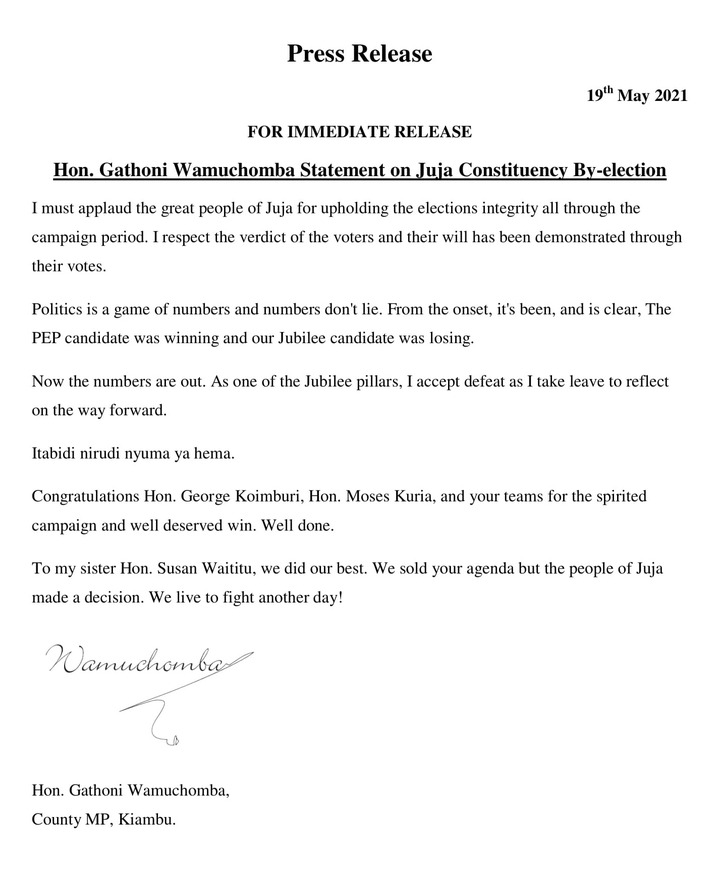 As in the above letter shared by Gathoni, on her official twitter account, she could be changing tune after careful consideration as she considered re-looking at the current affairs and having some changed "behind the tent"

This comes at a moment there is a big difference between Kieleweke and Tangatanga who are two arms in Jubilee party torn between supporting President Uhuru Kenyatta and DP William Ruto respectively.

It should be noted that Tangatanga allies have been claiming to have strong grounds in Mount Kenya than Kieleweke, something that is almost coming evident in the by-elections that ere held yesterday.

For this and other unknown reasons, MP Gathoni Wamuchomba could be taking up her things as she heads to Tangatanga if yesterday's election could act as a lesson of what would happen in 2022.

Is this what she's going behind the tent to reconsider? This is a puzzle to be completed in a future date. Meanwhile, we would like to hear your opinion on this. What do you think?