Latest National Polls Indicate the Next Possible President With Ruto Ahead of Raila with 53.1%

By Lukxin_K (self media writer) | 2 months ago

The general election on August 9 is drawing more attention from the general public. A variety of catchphrases are currently being used by political parties around the nation to increase their chances of winning seats in the Legislative Assembly in August. To predict who would win the upcoming election, various companies are now conducting surveys. 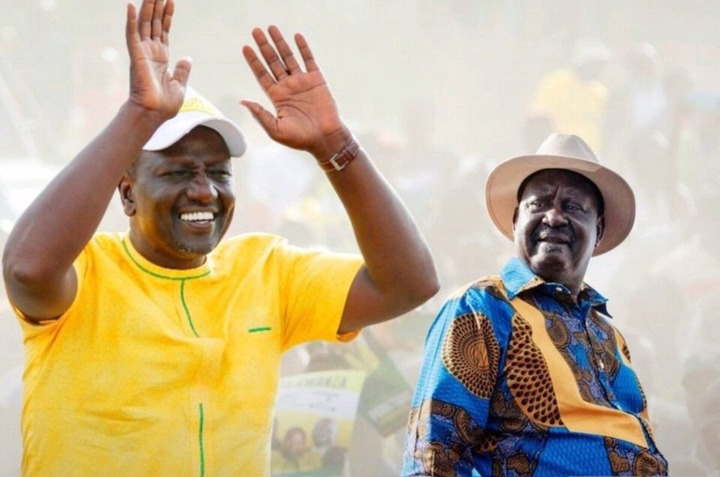 Politicians who are leading with days to the elections are happy and gloat over the findings and the inverse is true as opinion polls attract disdain from the trailing politician. Despite eliciting controversy in almost all democracies and in successive elections all over the world, opinion polls give politicians, the media, and other interested groups a real picture of accurate measures of public attitudes and intentions. 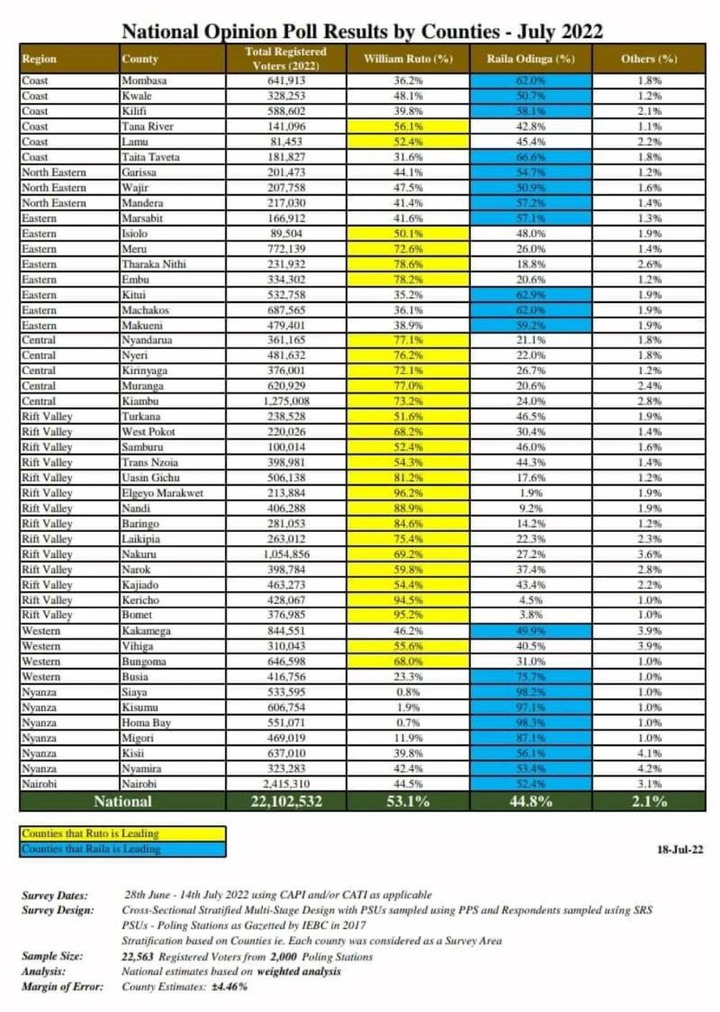 According to the polls posted by Member of parliament Soy constituency Caleb Kositany on his twitter handle page, it is clear that Ruto is leading in majority of the counties in Rift Valley , Eastern and Central Kenya.Raila on the other hand leads in majority of counties in North Eastern , Nyanza and coastal regions. There is a possibility of Dp Ruto beating Raila Odinga according to the results however, it's up to Kenyans to decide on 9 August their preferred president by voting.

Almost every week different pollsters release findings and it does appear that politicians love them and hate them in equal measures depending on the findings. Despite the conduction of these opinion polls done by different firms earlier, the deputy President William Ruto had termed the opinion polls from this two research bodies as biased and out of this world. The deputy President William Ruto has remained clear of his agenda warning deep state against lies and propaganda. Ruto however alleged to get the final opinion poll in August 9th.

However, different political leaders need to put in more effort to determine their fate in this 20 days remaining.

Give your view according to this new trend of polls, do you agree or disagree? Share your thoughts