Deputy President has brought on board different leaders from different parts of the country.The coming of Rigathi Gachagua is set to give a clear picture on whether Ruto will emerge the winner in the mountain region or if he will lose the region to Raila Odinga.Rigathi has been in a position that was anticipated to be for Musalia Mudavadi.However,Musalia and Wetangula confirmed that they are contented with the 30% of Government's share in the Kenya Kwanza Government in case they win.

Unfortunately, Musalia Mudavadi and Wetangula have a very difficult task to bring 70% of the Luhya votes in order to get the promised positions.The team has however promised to bring 90% instead of 70%. 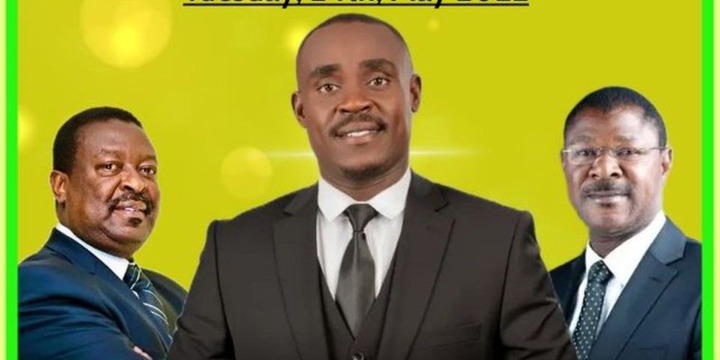 Just the other day,Kakamega senator Cleophas Malala warned Ruto against interfering with Western Kenya politics.This is after UDA deciding to field candidates in ANC party's strongholds.Malala later said that selling Ruto has become very difficult in the region that has been Raila's vote rich area.

As if not enough,Malala has surprisingly taken another direction which is detrimental to Ruto.He has removed Ruto's image from his campaign materials and has instead left those for Mudavadi and Wetangula.Will Wetangula and Musalia get 70% votes as things go by? 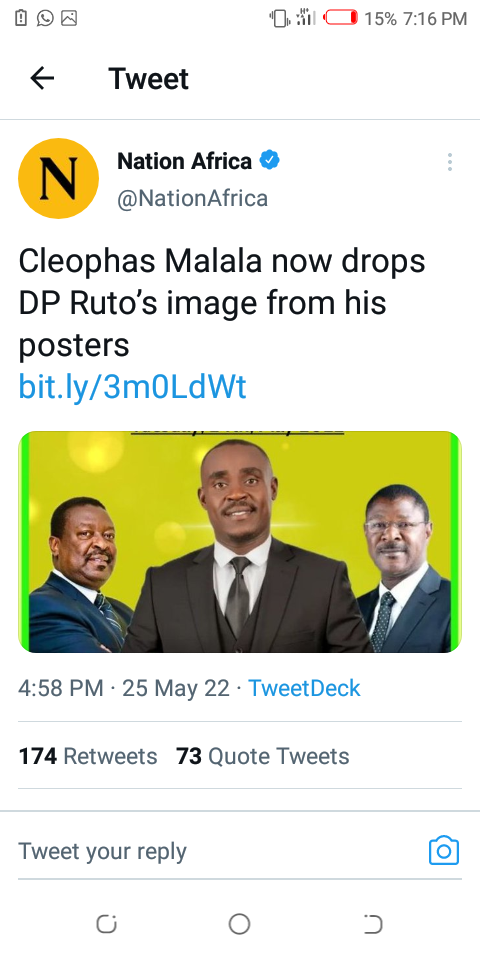