Kanini Kega Explains Ruto's Stoned In Kieni While Raila was warmly welcomed, William Ruto was taken aback and in denial, after his convoy was stoned in Nyeri, where he is widely seen as having huge support. 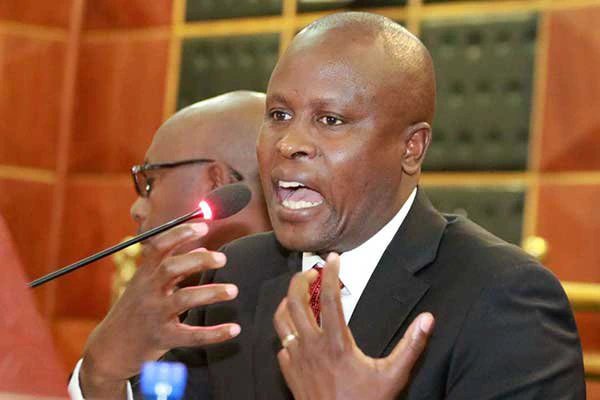 On September 5th, while his campaign tour, Ruto's van was stoned by thugs in Naromoru town, Kieni constituency. Ruto said the enraged teenagers were bribed to attack his convoy while speaking to residents in a different part of the Kieni constituency.

After Citizen TV covered the dramatic event in Naromoru where the DP's convoy was stoned by irate youth, Ruto's allies launched a boycott campaign. Raila Odinga paid a visit to Kieni on September 27th, and to everyone's surprise, he received a warm welcome.

Thousands of people flocked to greet Raila, sparking fear in Ruto's camp, as his Mount Kenya friends had spent years earning support for Ruto in the region.

Kanini Kega, the MP for Kieni, has subsequently come forward to explain why Raila was welcomed warmly in his constituency whereas Ruto was stoned.

Kanini Kega, speaking on Inooro FM, claimed that Ruto did not notify him that he was visiting his constituency and that this could be the reason for the crowd's hostility. He did, however, disassociate himself from the violence that occurred that day.

“Whenever a presidential contender comes to Kieni, they call me first to let me know. Then I make plans to make sure everything is in order. William Ruto and his entourage failed to alert me of their arrival, which could explain why his convoy was pelted. He was attempting to enter through the backdoor. Those who have linked me to violence are simply attempting to ruin my name. “I am a peace ambassador,” Kanini Kega declared.

Kega, on the other hand, stated that Raila had informed him of his coming, which is why he was welcomed so cordially. Musalia Mudavadi and Gideon Moi, he continued, had also visited Kieni, but there had been no violence since they had informed him.

Content created and supplied by: 101sijui (via Opera News )