By NewsIn | self meida writer
Published 12 days ago - 0 views

West Pokot County Assembly became The Fifth Assembly Nationally and the first one In Rift Valley Region to pass the Building bridges initiative bill, The bill that is currently in the county assemblies causes alot of anxiety since it's in the basic stage that will determine its future.

West Pokot was not expected to vote in favour of the bill considering that it falls under a region considered to be Deputy president William Ruto's stronghold, by voting for the bill, it is a win for the pro handshake team consisting of President Uhuru Kenyatta's allies and those of former prime minister Raila Odinga, leaders and members of the public have reacted to the latest news of counties Supporting and rejecting the bill.

Reacting to The Pokot County Assembly's move, ODM Chairman Hon. John Mbadi also the member of parliament, Suba South Constituency in Homabay County, has congratulated the Pokot MCAs and assured them of a bright future. 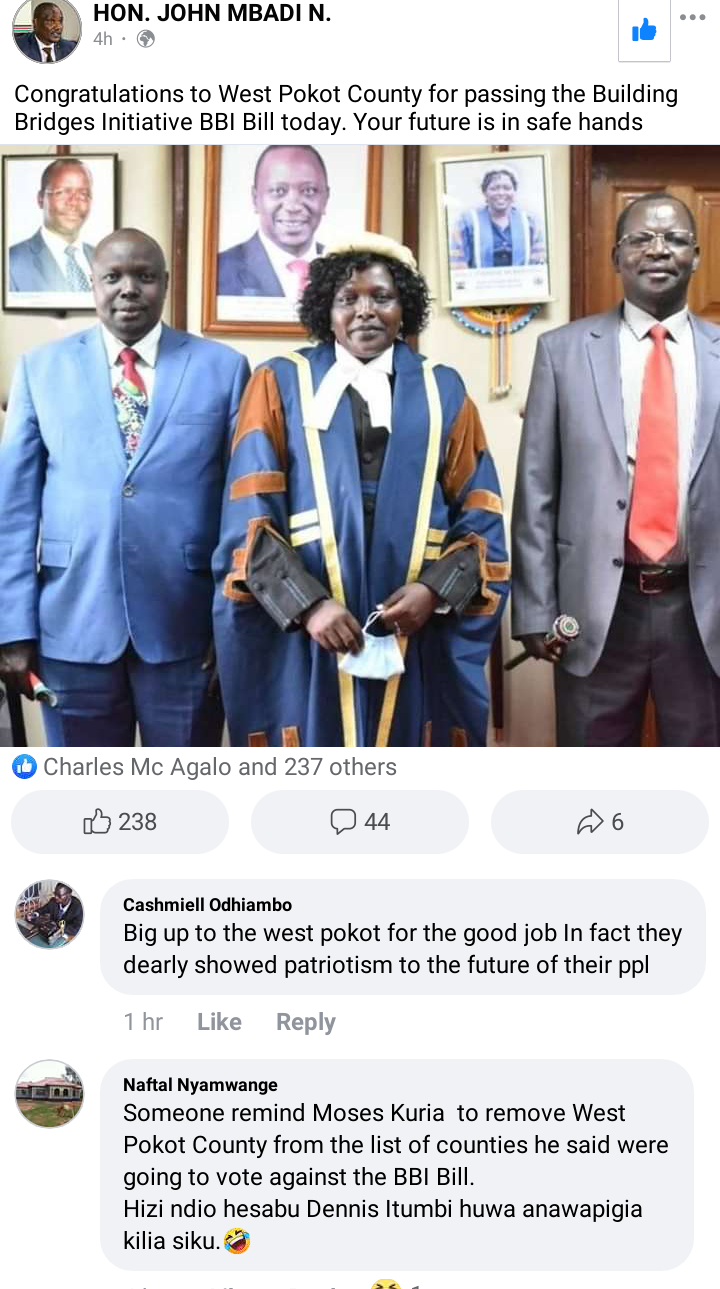 John Mbadi ODM Pokot Suba South The Fifth Assembly Nationally
Opera News is a free to use platform and the views and opinions expressed herein are solely those of the author and do not represent, reflect or express the views of Opera News. Any/all written content and images displayed are provided by the blogger/author, appear herein as submitted by the blogger/author and are unedited by Opera News. Opera News does not consent to nor does it condone the posting of any content that violates the rights (including the copyrights) of any third party, nor content that may malign, inter alia, any religion, ethnic group, organization, gender, company, or individual. Opera News furthermore does not condone the use of our platform for the purposes encouraging/endorsing hate speech, violation of human rights and/or utterances of a defamatory nature. If the content contained herein violates any of your rights, including those of copyright, and/or violates any the above mentioned factors, you are requested to immediately notify us using via the following email address operanews-external(at)opera.com and/or report the article using the available reporting functionality built into our Platform 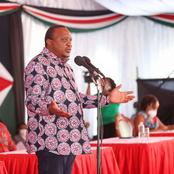 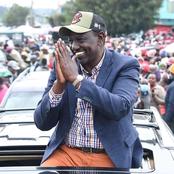 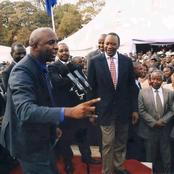 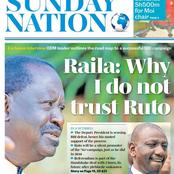 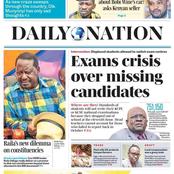 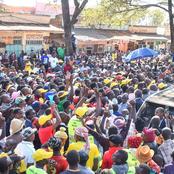 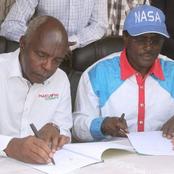 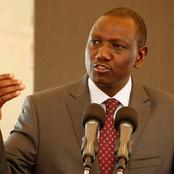 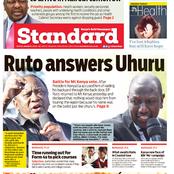 Candidates May Miss Out on Courses, Ruto's Answer to Uhuru in Newspapers Today 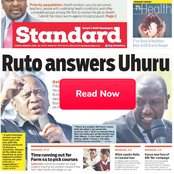