There Shouldn't Be Personal Issues Or Grudges With Politics-Opinion

By @edwin_ogachi (self media writer) | 23 days ago

In Kenya the politics have been fun to follow the history since the colonial and post colonial period up to date.

The politicians have been known for their unstable support for a political movement, we've seen many close allies leaving their long time Political parties to join another one or go and form their own parties and create rivalry against their former parties.

A good example in Kenya is the two Political giants who are vying for presidential candidature in the next year's general elections. Ruto used to be Raila's man back in the retired President Kibaki's government,until Ruto left to join president Uhuru in forming the current government.

Since then,the two have been the biggest Political rivals in the country but this doesn't mean they have personal grudges, No. They do provoke each other using abusive terms but we as Kenyans have become used to them as we know that's the political language used in the country.

Another one is Ruto's right man Oscar Sudi who is known to be abusive because he's used to the habit, but once in an interview he confessed that they have good relationship with the ODM leader Raila Odinga who he blames and abuses almost Everytime he's given a mic to speak politics.

Kenyan Politicians are hard to trust because they lack a stand because each and everyday they must be heard causing a scene in politics and decision changing. 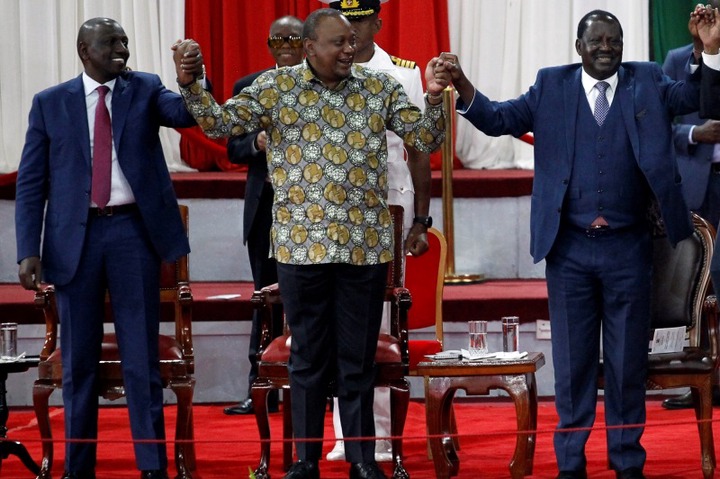 Content created and supplied by: @edwin_ogachi (via Opera News )