Kenya is excited after the COVID-19 Vaccine arrived in the country on Tuesday 2nd March midnight, which depicts a ray of hope in the fight against the pandemic that almost marks a year since its debut in the country. 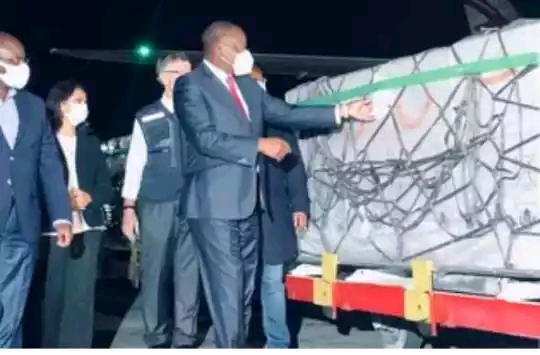 However, Kenyans remain skeptical on the safety of the vaccine, and as a measure to alleviate the fears, the council of Governors has challenged president Uhuru Kenyatta to be the first one to take the jab.

Meru Governor Kiraitu Murungi said the President, Health CS Mutahi Kagwe and other top government officials should publicly take the jab before ordinary citizens do so.

“I think after consultation, I will support a proposal we start from the top leadership from the President to be first people to be vaccinated,” Murungi said.

The county bosses spoke during a meeting of the leadership of the Council of Governors and the Senate’s Devolution and Intergovernmental Affairs committee.

The governors have however decried that they were not kept abreast of the whole process of the vaccine's importation.

“I have not even met the Health CC Mutahi Kagwe. We have only communicated on mail and that is almost all,” said Governor Anyang Nyong’o who chairs CoG’s Health committee. 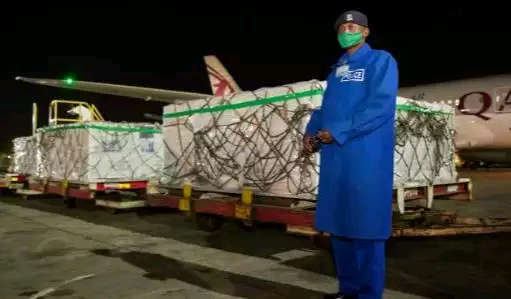 The Kisumu governor spoke during a meeting of Senate’s Devolution and Intergovernmental Relations committee and the leadership of the CoG.

However, Health Cabinet secretary Mutahi Kagwe has maintained that Health workers remain the first people to receive the jab.

"We are starting with our Health Workers. Kenya has approximately 400,000 health workers. After that we are going to roll out to other frontline workers, we have the police, teachers and other people, then to people with comorbidities, and people with other diseases to protect them. Only then are we going start rolling it out to the rest of the population, we hope Kenyans will understand." 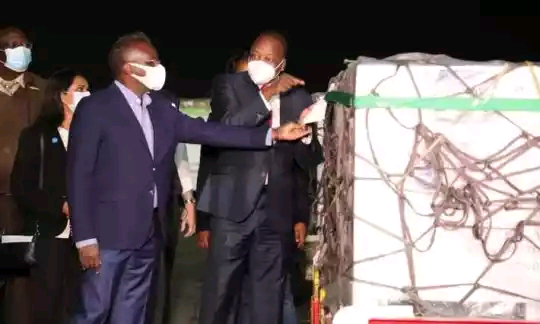 About one million doses of the AstraZeneca vaccine landed in the country on Tuesday night.Kenya plans to vaccinate 15.8 million people, which is about 30% of the population, as advised by the World Health organization.

Kagwe has revealed that on Thursday, he will take interested media houses for a tour of the storage facility in Kitengela, where the vaccines will be taken for storage, from JKIA.