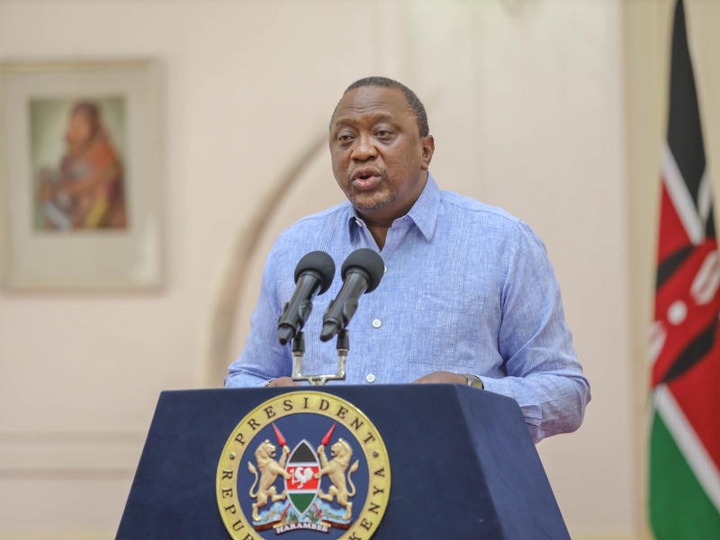 President Uhuru Kenyatta has been cautioned against trying to dictate Kenyans on who to pick as the next President of the country now that he is retiring.

This comes at a time when he seems to indeed have a preffered successor; ODM leader Raila Odinga, whom he recently indirectly endorsed in Kibra.

His actions have also been pointing at a man trying to influence his succession, including reports that he has been trying to rally the opposition behind Raila.

But the Tharaka Nithi County Dialogue Reference Group has cautioned against this, pointing out that coercion might land the country in trouble.

Speaking after a consultative meeting in Chuka on Saturday, the group called upon Uhuru to leave peacefully and calmly hand over to whoever will win after the elections slated for August next year. 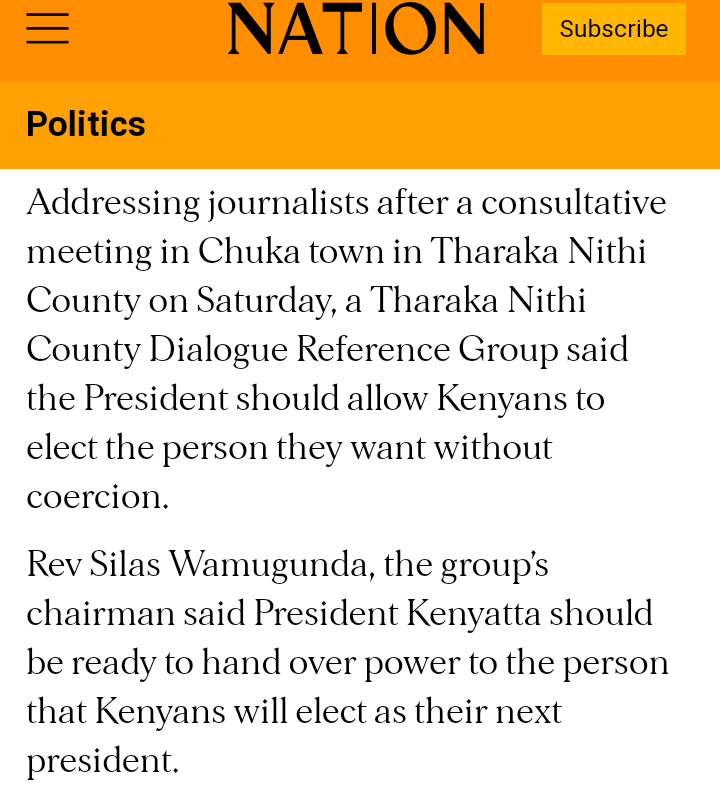 The group has urged him to be ready to hand over power to whoever Kenyans will pick as their next leader, after allowing them to freely elect the person.

“President Uhuru has done a lot of work during his tenure that is expiring next year and should let Kenyans exercise their democratic rights by deciding who becomes the next president,” the group's Chairman Silas Wamugunda told the press.

He also urged the President to reconcile with his deputy William Ruto, the man he (Uhuru) seems to be working extra hard to block from the presidency, for a peaceful and united country.

At the same time, he advised new voters, especially the youth, to take full advantage of the ongoing mass registration of voters to get registered.

"If you wait for a politician to facilitate you in order to register as a voter you will never be free to vote for the right person,” he is further quoted.