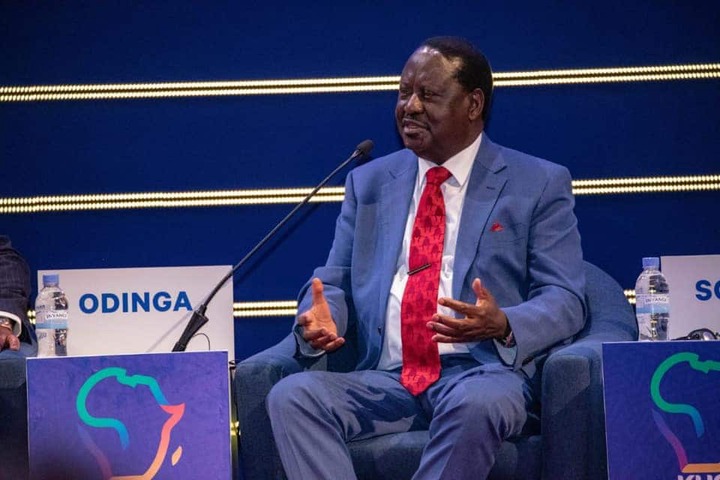 Former Nairobi City County spokesperson and Ex-governor Mike Mbuvi Sonko's advisor Ben Mulwa, has claimed that the former Prime Minister Raila Odinga does not command a big chunk of Mount Kenya region votes ahead of 2022 general elections, as he might be thinking about because so far apart from Meru County where he enjoys about 46 percent, the rest parts of the region he is still at less than 21 percent therefore some of his allies from the mountain might be lying to him about the reality in that region.

Speaking on an interview with K24 television, Mulwa argued that Raila is only capable of getting 46 percent of Meru County votes due to the support of the Governor Hon Kiraitu Murungi and other leaders from the region, but in the other entire Mount Kenya region he is only capable of getting not more than 21 percent of votes in upcoming 2022 polls.

Therefore if he could get the right people to tell him the truth about how the ground is in that region, he could have changed the tactics to make more inroads and get more votes ahead of 2022 polls. "Apart from Meru County where I think he is commanding about 46 percent of votes, all the other Constituencies in Mount Kenya I don't think Raila can get more than 21 percent of votes. That's the reality on the ground and I think some individuals are lying to him about the region for the interests best known to themselves. If he could get someone to tell him the truth maybe he could have changed the approach, tactics..." He said.

Nollywood Celebrities Who Are Single Parents

Huge Win To UDA As A New Member Joins Party, Given A Top Seat

Third trimester pregnancy mysteries you did not know about.