By wasalie (self media writer) | 1 month ago

The famous city Lawyer has hinted that the Orange Democratic Movement (ODM) party might be taken over by business man Jimi Wangigi who is eying the bigger seat in the up coming general elections. 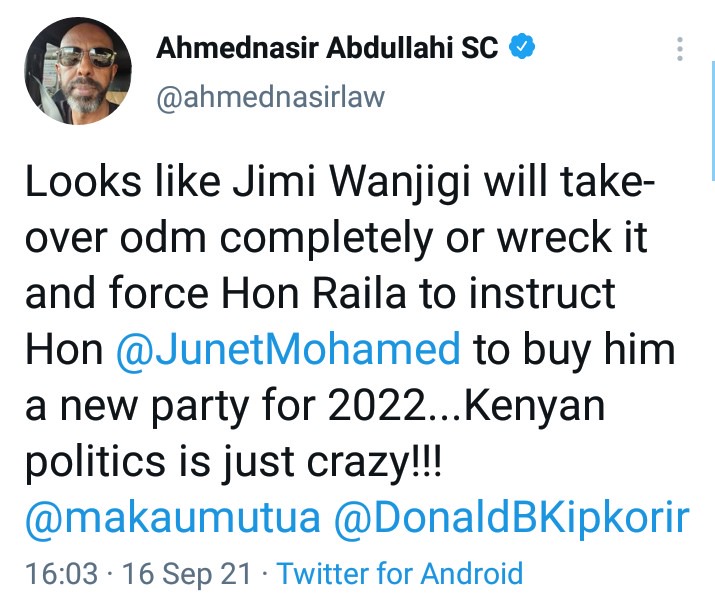 Abdullahi who is the fiercest critic of the former prime minister Raila Odinga claimed that Raila might instruct the Suna East member of Parliament Junet Mohammed to get him an alternative party.

"Raila might instruct Junet to buy him a new party for 2022" he said. 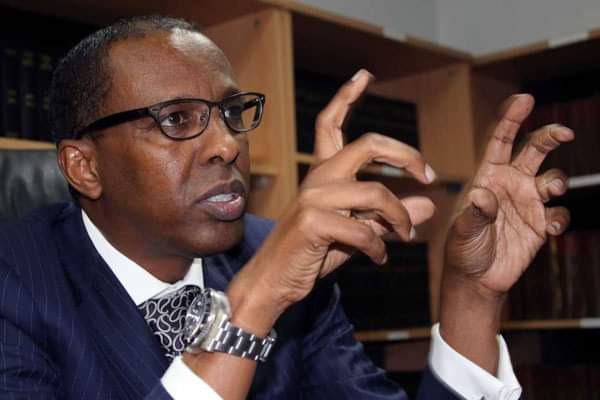 This comes just a few hours after Wanjigi who is a businessman took his presidential campaign to the Lakeside region which is the home of the former prime minister Raila Odinga.

Wanjigi has asked youth from Kisumu county to vote out all the current members of parliament come 2022 owing to their silence amidst fuel prices hike in the county. 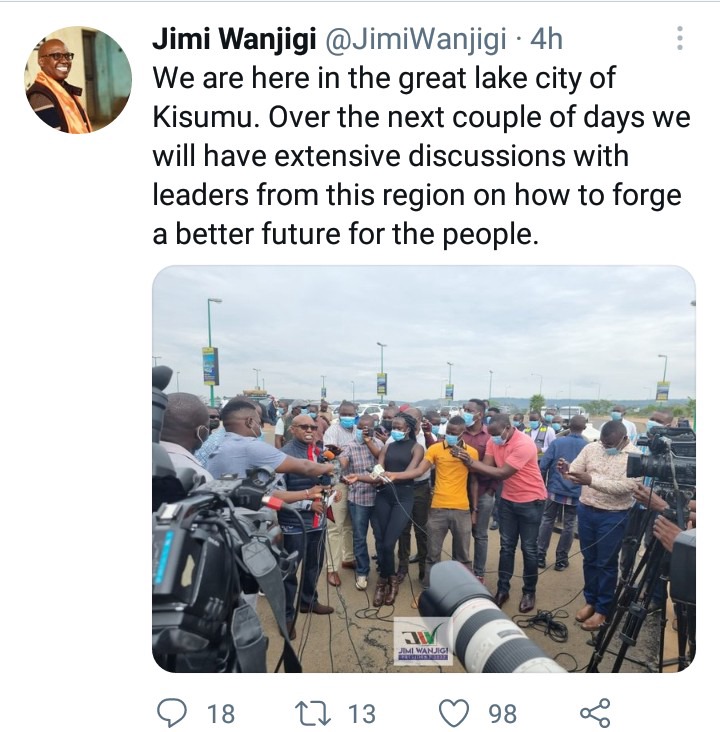 Even though Raila has not publicly declared that he will be going for the topmost seat in the country, Wanjigi still maintains that he will face him during a nomination exercise that is yet to be announced.

We will be updating you on political happenings in the country as we had towards the 2022 general elections, stay alert.